Plastic chemicals continue to increase the risk of obesity among children • Earth.com 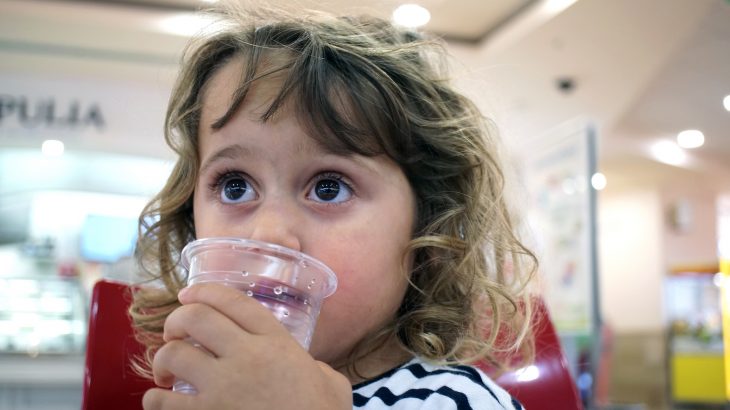 Plastic chemicals continue to increase the risk of obesity among children

A new study published by the Endocrine Society has revealed that exposure to common chemicals in plastics and canned foods may promote childhood obesity. The research suggests that “BPA free” products are not necessarily a safe alternative.

Almost a decade ago, high exposure to the chemical bisphenol A (BPA) was linked to more than double the risk of obesity among children. In the years that followed, BPA plastic materials have been largely replaced with bisphenol S (BPS) and bisphenol F (BPF).

For example, these manufactured chemicals are now used in the lining of aluminum cans that package food and drinks, as well as thermal paper from cash-register receipts.

“This research is significant because exposure to these chemicals is very common in the United States. BPS and BPF use is growing because manufacturers are replacing BPA with these chemicals, so that is contributing to the frequency of exposure,” said study co-author Dr. Melanie Jacobson.

“Although diet and exercise are still understood to the main drivers of obesity, this research suggests that common chemical exposures may also play a role, specifically among children.”

For their investigation, the researchers used data from the U.S. National Health and Nutrition Examination Surveys. The team analyzed the correlation between BPA, BPS, and BPF exposure and body mass outcomes among children and adolescents between the ages of 6 and 19.

The results showed that children who had greater levels of BPS and BPF in their urine were more likely to be obese compared to children with lower levels.

“In a previous study, we found that the predecessor chemical to BPS and BPF – BPA – was associated with a higher prevalence obesity in U.S. children, and this study found the same trend among these newer versions of that chemical,” said Dr. Jacobson. “Replacing BPA with similar chemicals does nothing to mitigate the harms chemical exposure has on our health.”

The study is published in the Journal of the Endocrine Society.