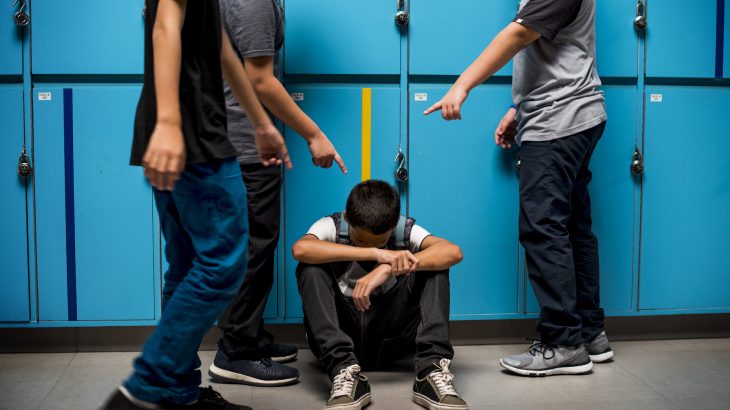 A new study led by the University of Texas at Austin has identified a link between political debate over the rights of marginalized groups and bullying among students based on their identities. For example, in the time leading up to a public vote on gay marriage in California, homophobic bullying significantly increased among young people.

Before Proposition 8 was ruled unconstitutional by a federal court, it was a ballot proposition initiated by opponents of gay marriage. The researchers found that, at the same time the debate heated up prior to the 2008 election, rates of homophobic bullying in schools increased.

“We think that young people don’t hear what adults and lawmakers are talking about, but they do,” said study senior author Stephen Russell.

According to the researchers, the investigation provides empirical evidence that public debates about laws involving marginalized groups can lead bullies to target young people who identify with those groups.

“Public votes and voter referendums on the rights of minority groups occur in approximately half of U.S. states,” said study first author Professor Mark Hatzenbuehler of Colombia University. “Our findings suggest that the public discourse surrounding these votes may increase risk for bias-based bullying.”

The study was focused on annual survey data from nearly five million students in more than 5,000 California schools. The team analyzed the number of students who experienced homophobic bullying from 2001 to 2015.

When the Proposition 8 vote took place during the 2008-2009 school year, the occurrence of homophobic bullying was the highest among the years examined in the study. At the same time, trends in other types of bullying related to race, religion, and gender declined.

Russell pointed out that the rate of homophobic bullying during the 2008-2009 school year was higher even than the estimated population of LGBT students. “The data are telling us that straight kids are getting bullied for this, too. It’s all about what the bullies perceive.”