The world’s most popular banana is now at risk of disappearing • Earth.com 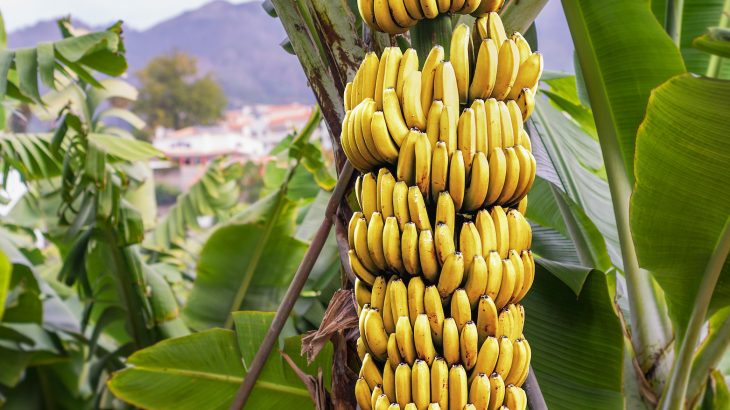 Colombia has declared a national emergency after a destructive fungus was found in the soil that could ultimately wipe out most large banana farms, leading to major shortages.

The fungus is a strain of fusarium oxysporum called Tropical Race 4 (TR4) that was first discovered in Taiwan. Before making its way to Colombia, TR4 had already destroyed crops in Australia, Israel, India, and Lebanon over the last two decades.

The soil-dwelling fungus causes a lethal disease called Panama disease that infects the roots of bananas and blocks the flow of water and nutrients. TR4 can lay dormant in the soil for years, so once an infection is spotted, it is difficult to know how widespread the damage will become.

There is currently no fungicide or method for combatting the destructive fungus.

“As far as I know, ICA and the farms are doing a good job in terms of containment, but eradication is almost impossible,” Fernando García-Bastidas, a Colombian scientist, told National Geographic.

The fungus has been found across 180 hectares in the province of La Guajira, where farmers were ordered to destroy the crops and quarantine plantations. The appearance of TR4 in South America has the potential to completely wipe out the cultivated Cavendish banana, which is the most widely grown and consumed type of banana across the globe.

As National Geographic reports, there is not another banana that can replace the Cavendish. However, this banana has a lack of genetic diversity that makes it vulnerable to extinction.

For many years, the Cavendish was second in popularity to the Gros Michel in the United States and Europe. Around 100 years ago, the first known strain of Panama disease killed off the Gros Michel. The Cavendish, which was believed to be resistant to the disease, was chosen as a replacement.

According to the BBC, the Cavendish accounts for nearly half of all bananas grown worldwide, and nearly all of the bananas imported by Europe, the UK, and the United States.