The popularity of giant pandas does not protect their neighbors • Earth.com 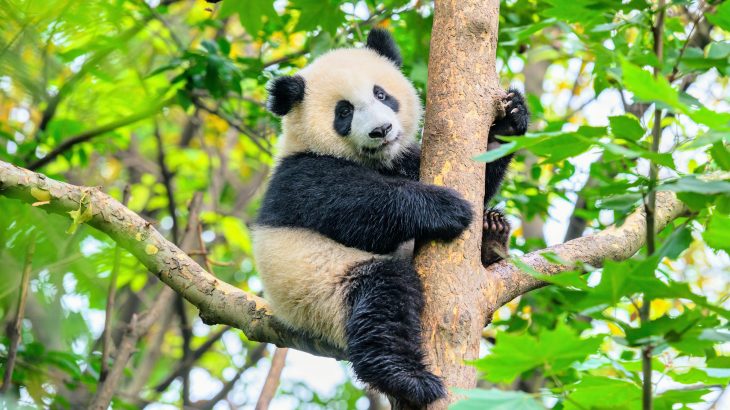 The popularity of giant pandas does not protect their neighbors

Conservationists widely believe that the popularity of giant pandas, and the protection of their mountainous ranges, creates benefits that extend to neighboring animals. However, a new study from Michigan State University has identified several species, including the Asiatic black bear, that experience more losses than gains from conservation strategies designed to protect giant pandas.

“The popularity of giant pandas, as of the popularity of other beloved threatened animals across the world, has generated tremendous advances in protecting forests and other fragile habitats,” said study co-author Jianguo “Jack” Liu.

“But this is an important reminder that it can’t assume that what’s good for a panda is automatically good for other species. Different species have specific needs and preferences.”

The researchers used camera trap data collected throughout mountain ranges to investigate how animals were using protected areas, as well as how they are faring under the umbrella of policies used to shield giant pandas.

In 2016, the conservation status of the giant panda officially improved from “endangered” to “threatened.” The study revealed that while the pandas are doing well, some of their neighbors are not as fortunate.

Three of the eight species examined for the study – the Asiatic black bear, the forest musk deer, and the Chinese serow – seem to have suffered significant habitat loss under panda-centric habitat management.

Giant pandas are very particular about where they live. They require lots of bamboo, a gentle slope, and no contact with humans. The habitats designated for pandas cater to these needs, but do not necessarily meet the requirements of the animals that share these areas.

Study first author Fang Wang noted that earlier efforts at tracking how a broader range of animals fared were handicapped by turning a blind eye to different habitat preferences, and not spotting potentially different habitat trends of other animals. The researchers said that the forests and shrublands in lower elevations next to the habitats that best serve pandas could be better for bears and deer.

“China has made a tremendous achievement in establishing giant panda nature reserves, and now we’re learning that one size does not fit all,” said Wang.

“China as well as other countries that face similar conservation challenges have the opportunity to move forward from rescuing single species to protecting animal communities and ecosystems.”