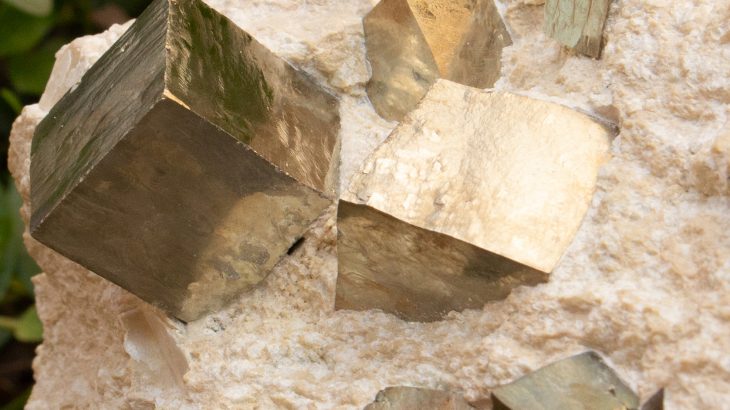 Around 75 percent of U.S. gold production as well as five percent of global gold production originated in the Carlin-type gold deposits in Nevada. In these deposits, gold is hidden together with arsenic in pyrite, which is also known as “fool’s gold.”

A team of scientists from the German Research Centre for Geosciences GFZ has now demonstrated, for the first time, that the concentration of gold directly depends on the content of arsenic in the pyrite.

The element gold occurs in the Earth’s crust in concentrations of 2.5 parts per billion (ppb). The gold concentration must be thousands of times higher, and found in a focused area close to the surface, to be mined at a reasonable cost.

In the gold deposits of the Carlin-type, the gold is not even visible to humans. It occurs in tiny pyrite rims that grow on older “fool’s gold” grains which originate from sedimentary rocks.

A team of researchers led by Christof Kusebauch showed in lab experiments that the element arsenic plays a crucial role in extracting gold from hot solutions passing through the rock. The higher the concentration of arsenic, the more frequently gold chemically binds with pyrite.

The experts also found that the shape of the older pyrite is important. The study revealed that more gold can accumulate on a larger surface area of pyrite.

“Only then we were able to show that the partition coefficient which controls how much gold is incorporated into pyrite depends on the amount of arsenic,” said Kusebauch. “The major challenge was to experimentally grow gold and arsenic bearing pyrite crystals that were big enough to analyze.”