Certain primate species at high risk of spreading Zika in the Americas • Earth.com 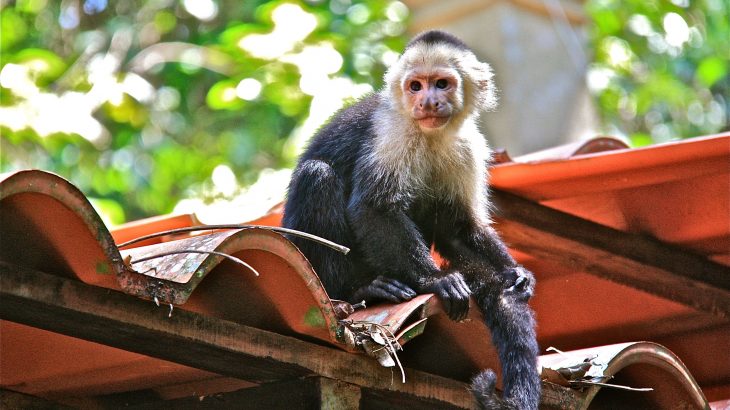 According to a new model produced by a collaborative team from Cary Institute of Ecosystem Studies and IBM Research’s Science for Social Good program, primate species that can harbor and potentially spread the Zika virus are common and often live near people. The team successfully identified these species, showing that the recent and deadly Zika epidemic in the Americas could easily happen again.

“When modeling disease systems, data gaps can undermine our ability to predict where people are at risk,” said lead author Barbara Han, a disease ecologist at Cary. “Globally, only two primate species have been confirmed positive for Zika virus. We were interested in how a marriage of two modeling techniques could help us overcome limited data on primate biology and ecology — with the goal of identifying surveillance priorities.”

The team created their model by analyzing data on flaviviruses and primate species known to carry them. They then compared these primates’ traits to 364 global primate species and successfully identified known primate flavivirus carriers with 82% accuracy, and more specifically, primate species that are likely to carry Zika.

Their work was published March 19th in Epidemics.

Primate species located in the Americas with Zika risk scores over 90% include the tufted capuchin (Cebus apella), the Venezuelan red howler (Alouatta seniculus), and the white-faced capuchin (Cebus capucinus) — each of which are species adapted to living among humans within developed areas.

White-fronted capuchins (Cebus albifrons), commonly captured and kept as pets or used for live trade, and spider monkeys (Saimiri boliviensis), which are sometimes hunted for bushmeat, are also on the list. 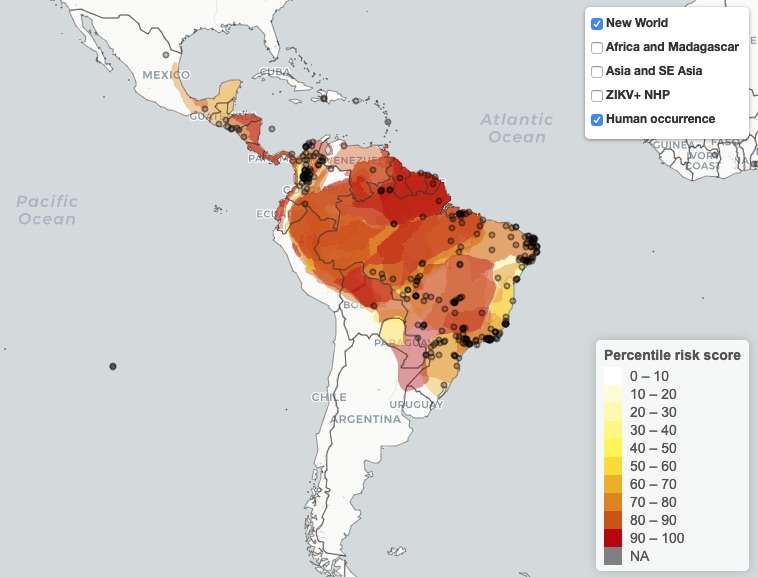 “These species are geographically widespread, with abundant populations that live near human population centers,” coauthor Subho Majumdar said. “They are notorious crop raiders. They’re kept as pets. People display them in cities as tourist attractions and hunt them for bushmeat. In terms of disease spillover risk, this is a highly alarming result.”

“Like all pathogens, Zika virus has unique requirements for what it needs in an animal host,” Han continued. “To determine which species could harbor Zika, we need to know what these traits are, which species have these traits, and which of these species can transmit the pathogen to humans. This is a lot of information, much of which is unknown.”

The team looked into 33 features of the 18 primate species that tested positive for carrying mosquito-borne flaviviruses, such as metabolic rate, gestation period, litter size, and behavior. These features were then studied again in relation to predicting Zika positivity. Analyzing was done via Multiply Imputed Chained Equations (MICE), a program that sets computer algorithms to search through datasets of organism traits and draw connections between organisms with similar or related traits. MICE also fills in “blanks” in the dataset with inferred information.

“This research was made possible by innovations provided by the broader scientific community,” Han added. “We relied on primate and pathogen data collected by hundreds of field researchers, and the base machine learning and imputation methods that we adapted in this research already existed. Partners at IBM Research took on a lion’s share of the math and coding. It was an incredibly successful interdisciplinary collaboration — the kind we need more of if we want to find new solutions to complex problems.”