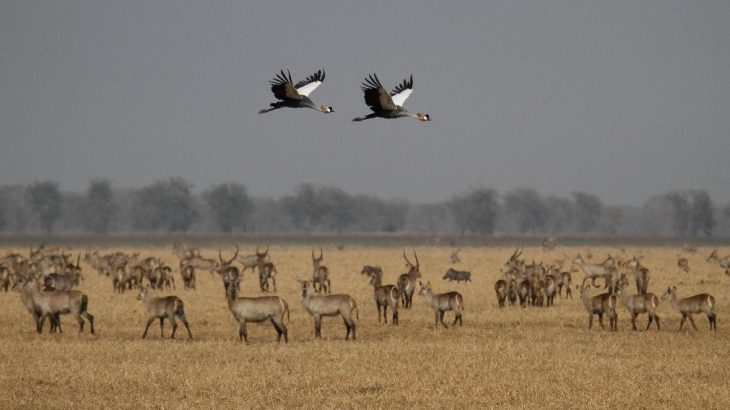 Researchers from Gorongosa National Park in Mozambique have found that if protected environmental areas are provided, large herbivores can sustainably bounce back after wartime. The community structure among these animals may take time to reestablish, however, it is possible within protected areas.

The study, led by Marc Stalmans and published in PLOS ONE, is the first to outline the quantitative account of herbivore population collapse during wartime and resolve postwar.

Before now, scientists and researchers were unclear how being pushed to the brink of extinction due to human warfare has affected these animals as a whole.

Stalmans and his colleagues compiled 15 data sets pertaining to the population size of nine herbivore species before and after the Mozambican Civil War, which lasted from 1977 to 1992.

During the war, researchers found that the populations in question declined more than 90%. Since 1994, most species studied have increased in number, however, the numbers grew in a scattered manner.

For example, the large herbivores like elephant, hippo, buffalo, zebra, and wildebeest were dominant before the war. But now, waterbuck and other small- to mid-sized antelopes reign supreme within the area.

The team believes these shifts in dominance reflect the natural population growth after the protective Gorongosa Restoration Project was initiated in 2004.

This comprehensive study shows that protective areas are vital to rebuilt animal populations after war. Furthermore, the restoring of community structure may need intervention, but is worth doing.