Proteins identified that may help COVID-19 spread in the body   • Earth.com 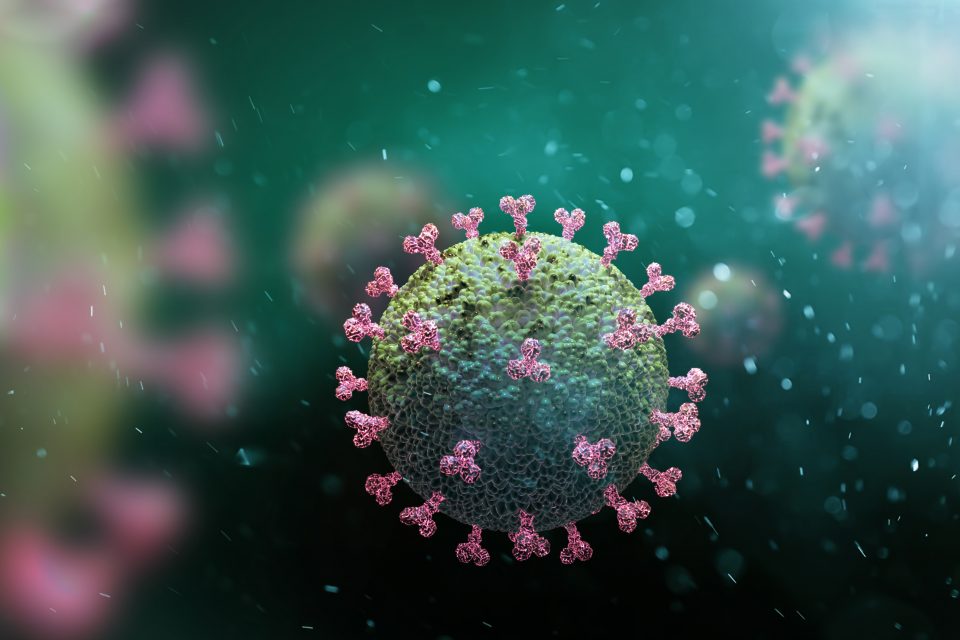 Proteins identified that may help COVID-19 spread in the body

An abnormal family of proteins that can cause major neurodegenerative diseases in humans may help to facilitate SARS-CoV-2 infection, according to experts at Colorado State University. The experts have identified a link between proteins known as prions and the rapid spread of the coronavirus.

The groundbreaking research highlights key characteristics of the virus that could ultimately inform the development of treatments for COVID-19.

Prior to the pandemic, study co-authors Eric Ross and Sean Cascarina had already been analyzing prions, which are misfolded proteins that can transfer this abnormal shape onto normal variants of the same protein.

While their function is still not entirely understood, prions are known to cause several fatal and transmissible neurodegenerative illnesses such as mad cow disease – which is Creutzfeldt-Jakob disease in humans.

The early research was focused on low-complexity domains, or regions in a protein’s sequence that differ from typical regions in both composition and behavior.

What is really interesting about low-complexity protein domains is their tendency toward liquid-liquid phase separation. This phenomenon occurs when a homogeneous liquid separates itself into two distinct forms of liquid, similarly to how oil separates from water.

Some of these proteins form “biomolecular condensates,” small areas in a cell where the protein is highly-concentrated.

When Ross and Cascarina shifted the focus of their research to COVID-19, they found that the nucleocapsid (N) protein in the SARS-CoV-2 virus has a low-complexity domain that may utilize liquid-liquid phase separation to facilitate the development and movement of virus particles that can infect neighboring cells.

According to the researchers, the N protein may also be associated with reducing an infected cell’s antiviral stress response.

“The cell can react to a stress event by making changes in the cellular environment, including making these modifications to some proteins,” explained Ross.

“But viruses obviously want to avoid a cell’s defenses,” noted Cascarina. “They want to be infectious, so sometimes they are able to regulate these stress granules.” Hijacking the normal stress response of a cell may allow SARS-CoV-2 to reduce the cell’s capacity to fight it.

In the time since the study was published, four additional labs have confirmed some of this new theory about the N protein.

The research could inform treatments for patients that already have the virus, rather than preventing SARS-COV-2 infection like a vaccine.

“Medically, if you could counteract the virus’ ability to interfere with a cell’s immune response, then you could help the cells to fight off the virus,” said Ross. “I think this falls into the category of very basic science: if we understand the viral process, then conceivably we can try to design a drug that reverses that process.”