Red and white meats have an equally negative effect on cholesterol • Earth.com 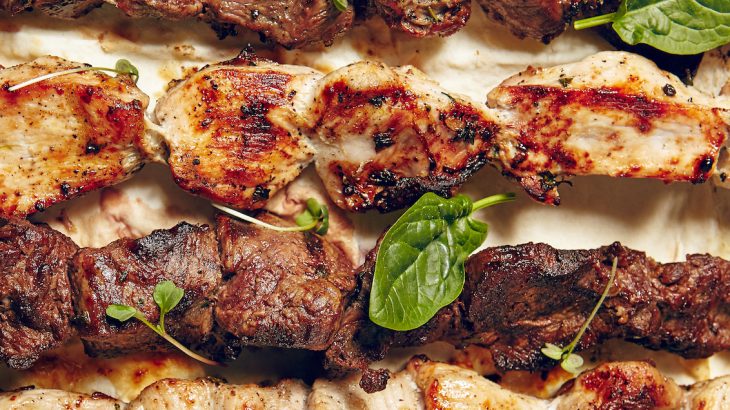 Red and white meats have an equally negative effect on cholesterol

According to a new study from the University of California San Francisco, the consumption of red or white meat has the same effect on blood cholesterol levels.

In addition, the researchers found that eating high levels of red meat or white poultry elevated blood cholesterol levels more than a comparable amount of plant proteins. This effect was the same regardless of the amount of saturated fat.

“When we planned this study, we expected red meat to have a more adverse effect on blood cholesterol levels than white meat, but we were surprised that this was not the case – their effects on cholesterol are identical when saturated fat levels are equivalent,” said study senior author Dr. Ronald Krauss.

He noted that the meats examined in the study did not include fish, grass-fed beef, or processed products like bacon or sausage. Nonetheless, the results clearly indicated that restricting meat altogether is more effective for lowering blood cholesterol levels than previously thought. According to the research, plant proteins are the healthiest for blood cholesterol.

The study, which was named the Animal and Plant Protein and Cardiovascular Health (APPROACH) trial, also revealed that the consumption of large amounts of saturated fat increased concentrations of large cholesterol-enriched LDL particles. These lipoproteins are not as strongly associated with cardiovascular disease as smaller LDL particles.

In a similar fashion, red and white meat increased amounts of large LDL in comparison to diets which excluded meat. For this reason, standard LDL cholesterol tests may misrepresent levels of larger LDL particles, overestimating the cardiovascular risk of higher meat and saturated fat intakes.

“Our results indicate that current advice to restrict red meat and not white meat should not be based only on their effects on blood cholesterol,” said Dr. Krauss. “Indeed, other effects of red meat consumption could contribute to heart disease, and these effects should be explored in more detail in an effort to improve health.”