Reduced meat consumption will be required to feed the world by 2050 • Earth.com 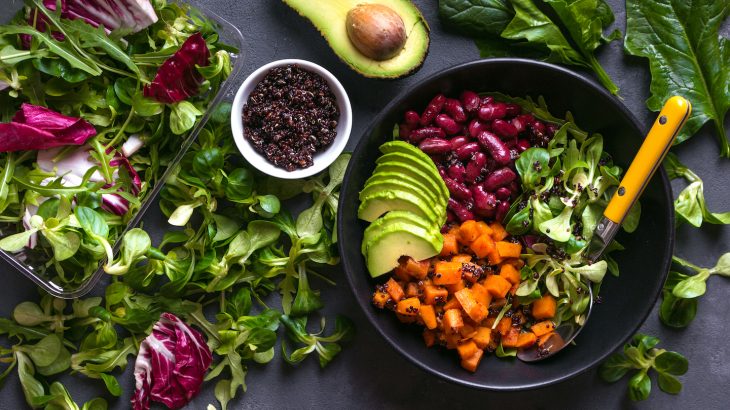 A team of researchers led by Dr. Marco Springmann of the University of Oxford has investigated the planet’s potential to feed 10 billion people by the year 2050. The analysis, which is one of the most comprehensive of its kind, details how the world’s growing population can be sustainably fed without exceeding the Earth’s limitations.

The study revealed that a major shift away from meat toward plant-based diets will be one of the most important steps for achieving food sustainability and also for mitigating dangerous climate change. According to the research, beef consumption in western countries must be reduced by around 90 percent.

“When it comes to diets, comprehensive policy and business approaches are essential to make dietary changes towards healthy and more plant-based diets possible and attractive for a large number of people,” explained Dr. Springmann. “Important aspects include school and workplace programs, economic incentives and labelling, and aligning national dietary guidelines with the current scientific evidence on healthy eating and the environmental impacts of our diet.”

Food production is already extremely damaging to the environment due to greenhouse gases from livestock, fertilizer runoff, deforestation, and water shortages. However, this impact will become much more intense as the global population rises by an estimated 2.3 billion people over the next three decades.

At the current rate, environmental limits will be exceeded beyond the point of safely sustaining the population.

“It is pretty shocking,” said Dr. Springmann. “We are really risking the sustainability of the whole system. If we are interested in people being able to farm and eat, then we better not do that.”

“Feeding a world population of 10 billion is possible, but only if we change the way we eat and the way we produce food,” added study co-author Professor Johan Rockström at the Potsdam Institute for Climate Impact Research. “Greening the food sector or eating up our planet: this is what is on the menu today.”

Ultimately, the research team found that a global shift to a “flexitarian diet” is needed to limit global warming to a maximum of two degrees Celsius. This diet requires the average world citizen to eat 75 percent less beef, 90 percent less pork, and half as many eggs.

At the same time, the dietary levels of beans, vegetables, nuts, and seeds would need to be tripled or quadrupled. A widespread adoption of the flexitarian diet could cut emissions from livestock in half.

Dr. Springmann explained: “No single solution is enough to avoid crossing planetary boundaries. But when the solutions are implemented together, our research indicates that it may be possible to feed the growing population sustainably.”