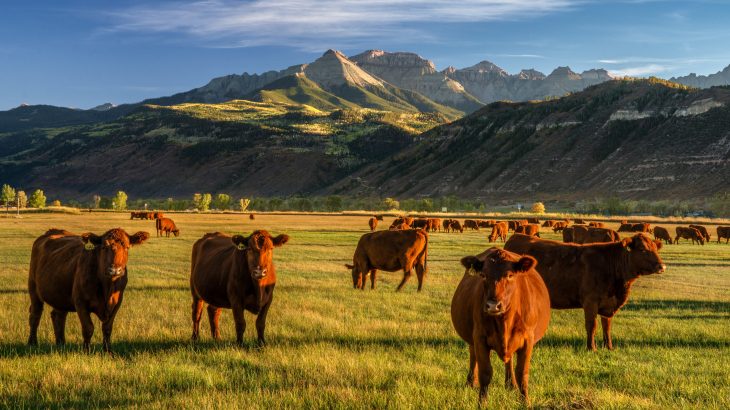 Many farmers are turning to regenerative ranching, which incorporates various organic and sustainable practices to restore degraded soil, boost food production, and improve the quality of crops. A new study from Oregon State University describes how regenerative ranching can increase a farm’s overall well-being and capacity to adapt, while inadvertently helping to mitigate climate change.

Regenerative agriculture is centered around rebuilding ecological processes so farmers can become less dependent on herbicides, pesticides, and fertilizers, which contribute to greenhouse gas emissions and global warming.

Previous research suggests that sustainable farming practices can help level off greenhouse gas concentrations in the atmosphere through increased soil carbon sequestration. Despite the potential climate benefits of regenerative ranching, however, OSU Professor Hannah Gosnell noted that climate change mitigation is not usually the driving factor behind the adoption of this practice.

“What we found is that ranchers manage regeneratively for all these other benefits, and if there’s some measurable soil carbon sequestration and it contributes to climate change mitigation, then that’s icing on the cake,” said Professor Gosnell.

Livestock production, while important to livelihoods across the world, is a significant source of greenhouse gas emissions, a key contributor to climate change, said Professor Gosnell.

To better understand the motivation behind regenerative agriculture, the OSU team interviewed ranchers in the United States and Australia about the perceived benefits and challenges of adopting the practices.

The analysis showed that the transition to regenerative ranching is often difficult because the practices require a thorough understanding of the fundamental ecosystem processes involved. The study also revealed that cash incentives are not the best way to encourage farmers to make the transition.

“It’s hard to transition to regenerative ranching because it requires such a deep commitment,” said Professor Gosnell. “If you want ranchers to make the switch, paying them is likely not motivation enough.”

In the interviews, farmers most often mentioned that an increase in deep ground cover was the greatest benefit of regenerative ranching. Deep ground cover increases soil carbon sequestration, expands livestock foraging, and provides greater resilience to stressors such as droughts, floods, or freezing temperatures.

Because ranchers using regenerative practices were not dependent on expensive chemicals, they became less vulnerable to financial shocks and stressors, which in turn increased their resilience, explained Professor Gosnell.

“As a result of their new practices, ranchers see less bare ground, more native perennials, more biodiversity and more forage for their cattle, all without use of chemicals.”

“This inspires them to continue with regenerative practices, which then leads to more ecological improvement, better economic returns and more positive feedback for the rancher.”

Professor Gosnell pointed out that regenerative ranching is a low-cost, low-tech, natural climate solution, and it can be a really effective and important one. “But it is hard for ranchers to transition to because it requires a deep understanding of fundamental ecological processes and adoption of a new set of management tools.”

The study is published in the journal The Royal Society Interface Focus.