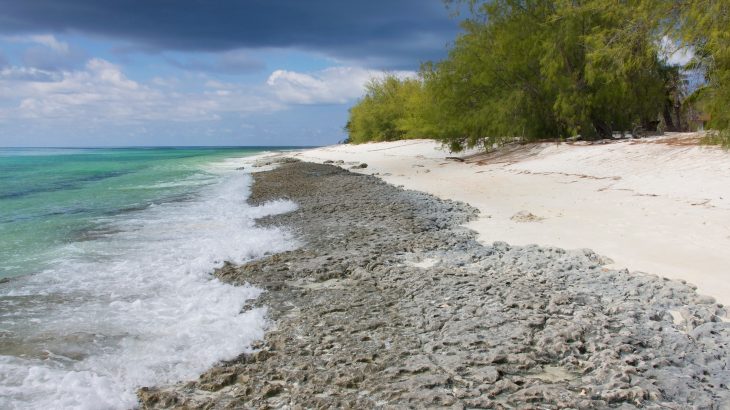 A new study published in Scientific Reports is highlighting just how costly it is for small island states to address the growing issue of marine litter. According to the research, to remove all of the plastic waste from the Aldabra Atoll, it would cost $4.68 million and require 18,000 hours of labor.

Located in a remote part of the Seychelles, Aldabra is the world’s second-largest coral atoll and a UNESCO World Heritage Site. The atoll consists of four large islands with an interconnected marine ecosystem of coral reefs, mangroves, and seagrass. Aldabra is home to the last remaining population of Indian Ocean giant tortoises.

The study was focused on the labor and costs involved in a recent clean-up of the southern coast of Grand Terre, Aldabra’s largest island. The clean-up was conducted in 2019 by The Seychelles Islands Foundation.

During the project, 25.7 tons of plastic litter was removed from Grande Terre. Among the garbage collected, 60 percent consisted of fishing items such as nets and rope and 24 percent consisted of flip flops and other plastic shoes. The clean-up efforts cost $224,538 and required 980 hours of work from 12 volunteers over a period of five weeks.

Based on data from this campaign, a research team led by April Burt and Jeremy Raguain estimated the total cost of removing plastic litter from all of the coastal areas in Aldabra.

Surveys carried out across 20 locations on Grand Terre indicate that the total amount of litter on Aldabra’s coastline is about 513 tons. Collecting this much waste would require 18,000 hours of work and cost nearly $4.7 million.

According to researchers. the findings suggest that international funding should be made available to small island states to support clean-up operations in an effort to protect marine and coastal ecosystems.