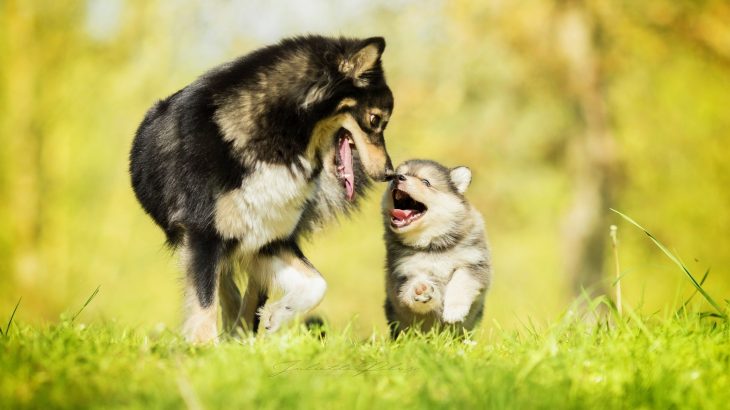 The environment in which humans and dogs live has an effect on their reproductive health, according to a new study from the University of Nottingham.

The researchers analyzed the link between geographical location and polluting chemicals present in dog testes, some of which are known to affect reproductive health.

“In humans and dogs, a temporal decline in semen quality and increased incidence of testicular cancer is hypothesised to be associated with exposure to anthropogenic chemicals, particularly during fetal development,” wrote the researchers.

“Human studies suggest that differential exposures to environmental chemicals may be associated with geographical differences in male reproductive health.”

The experts chose to focus their study on dogs because they share the same environment as people and are effectively exposed to the same household chemicals as their owners.

The investigation revealed that the chemicals present, as well as any abnormalities in the testes, were different depending on where the dogs lived.

“For the first time, we have shown that the profile of chemical pollutants found in dog testes depends on where they are from,” said study lead author Dr. Rebecca Sumner.

“We have also shown that the same cohorts of dog testes also show geographic differences in testicular pathology and evidence of an imbalance in cells that are important for sperm production.”

The researchers noted that for more than seven decades, the potential effects of anthropogenic chemicals on human male fertility have been of significant concern.

“A series of widely cited meta-analyses have reported a temporal decline in human male semen quality and, over the same period, both increased incidences of testicular germ cell cancer in younger men and malformations of babies at birth have been reported,” wrote the study authors.

“This has led to the hypothesis that these abnormalities are linked to exposure to chemical pollutants and that these developmental and functional abnormalities have the same environmental origin.”

Professor Gary England said the current study is of pivotal importance because it used dogs as a sentinel species for humans to focus directly on the testis, where chemicals are likely to influence male reproductive function.

“This work is significant since collectively, these findings indicate that environmental exposures are determined by location and this may underpin regional differences in male reproductive health.”