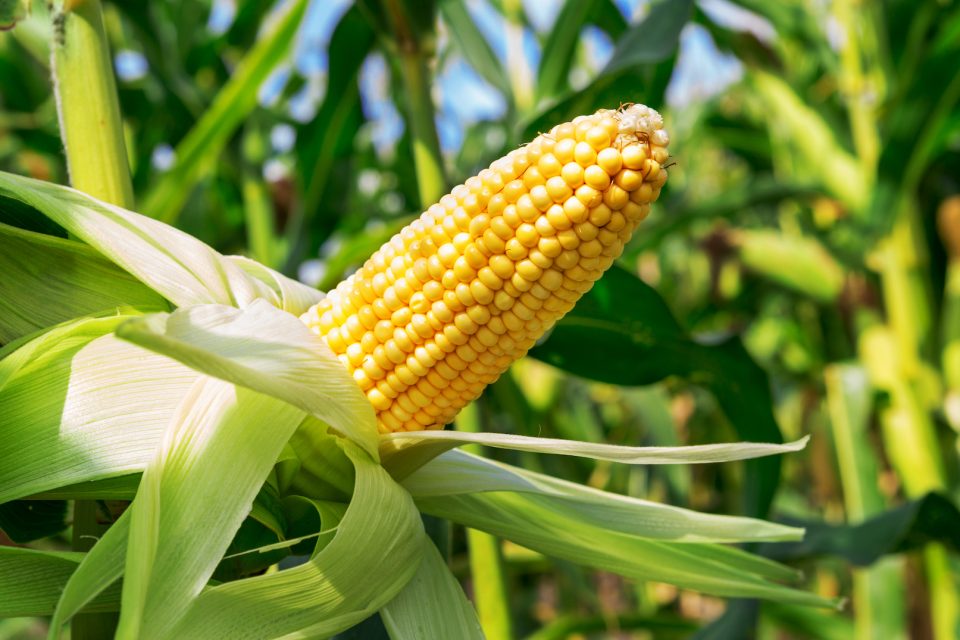 When volatile organic compounds (VOCs) and nitrogen oxides (NOx) react in sunlight and stagnant air, they produce a secondary pollutant known as ground-level ozone that damages trees, crops, and other vegetation. A new study led by the University of Illinois (U of I) has investigated the impact that rising ozone levels may have on corn plants.

After exposing a diverse group of corn plants to future ozone concentrations, the team discovered that some varieties have a higher risk of yield losses than others. The researchers said that pinpointing the genetic basis of these differences could help scientists develop ozone-resistant corn.

“Ozone enters plants the same way carbon dioxide does: It diffuses from the atmosphere into the leaf,” said study co-author Lisa Ainsworth of the U.S. Department of Agriculture. She explained that carbon dioxide is a nutrient for plants, but ozone damages biological tissues and limits carbon capture in plant leaves.

According to Ainsworth, even background levels of ozone do some damage. “Our research suggests that current ozone levels decrease corn yields by as much as 10%. That’s as much as drought or flooding or any single pest or disease, but this is a relatively unstudied component of yield loss in the U.S.”

At the U of I’s Free Air Concentration Enrichment (FACE) facility, the researchers tracked the real-world consequences of higher atmospheric ozone levels in an agricultural field.

“The level that we’re fumigating to in this study is a level that is commonly found today in China and India,” said Ainsworth. “So, it’s not excessively high, even though we’re using a concentration that is 2 1/2 times the level of background ozone in central Illinois.”

The investigation was focused on 45 hybrid corn plants, which represented all the major types of corn, and the variation in their responses to high ozone levels. The researchers identified specific hybrid plants that were more sensitive to ozone stress than others.

“We found two maize lines whose offspring were more sensitive to ozone pollution, regardless of which other types of corn we bred them with,” said study co-author Professor Andrew Leakey. “Their genetic deficiencies manifested in different ways when exposed to the high ozone conditions.”

Professor Leakey said that the genetics of commercial corn are a trade secret, so it is unknown which of these varieties may become susceptible to rising ozone levels. “Breeders would not know about these differences since they are not apparent under clean-air conditions.”

He added that more genetic analysis and more experiments like those conducted at the FACE facility will be needed to determine how today’s plants will respond to future conditions.

“It’s important to understand how plants are going to respond to climate change before the climate changes,” said Professor Leakey. “That is the only way we can find the solutions that will be needed in the future.”