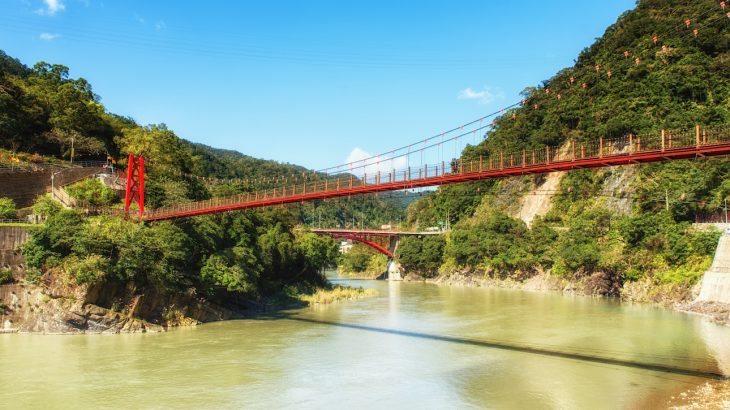 River profiles are influenced by weather patterns across different climates

In a new study from the University of Bristol, researchers have discovered a clear pattern which shows the influence of the climate on the formation of rivers. The new evidence challenges existing theories on the climatic signature associated with river profiles.

Rivers have an elevational profile, or long profile, which represents how the river loses height with increasing distance towards its mouth. This profile may have a concave up shape, similar to the inside of a bowl, or a straight long profile that descends evenly in elevation.

The research team, which was led by Shiuan-An Chen, found that river profiles tend to be concave up in humid regions and become progressively straighter in drier regions.

“The long profile is formed gradually over tens of thousands to millions of years, so it tells a bigger story about the climate history of the region,” said Chen. “We would expect climate to affect the river long profile because it controls how much water flows in rivers and the associated force of water to move sediment along the riverbed.”

For the investigation, the researchers produced a global database of river long profiles using data that was originally collected by NASA’s space shuttle. Study co-author Dr. Stuart Grieve at Queen Mary University of London developed specialist software to organize the information, which included the long profiles of 330,000 rivers across the planet.

“Combining satellite data with high performance computing is revolutionizing our discipline; allowing us to understand how our planet is changing at unprecedented scales,” said Dr. Grieve. “Our analysis of these data only scratches the surface of the potential that this fusion of data, computer power and geoscientific insight can offer us to understand our planet, as well as others in the solar system.”

The study is the first of its kind to show that there are distinct differences in river long profile shapes across climate zones on a global scale, and that these differences are driven by the expression of aridity in streamflow. 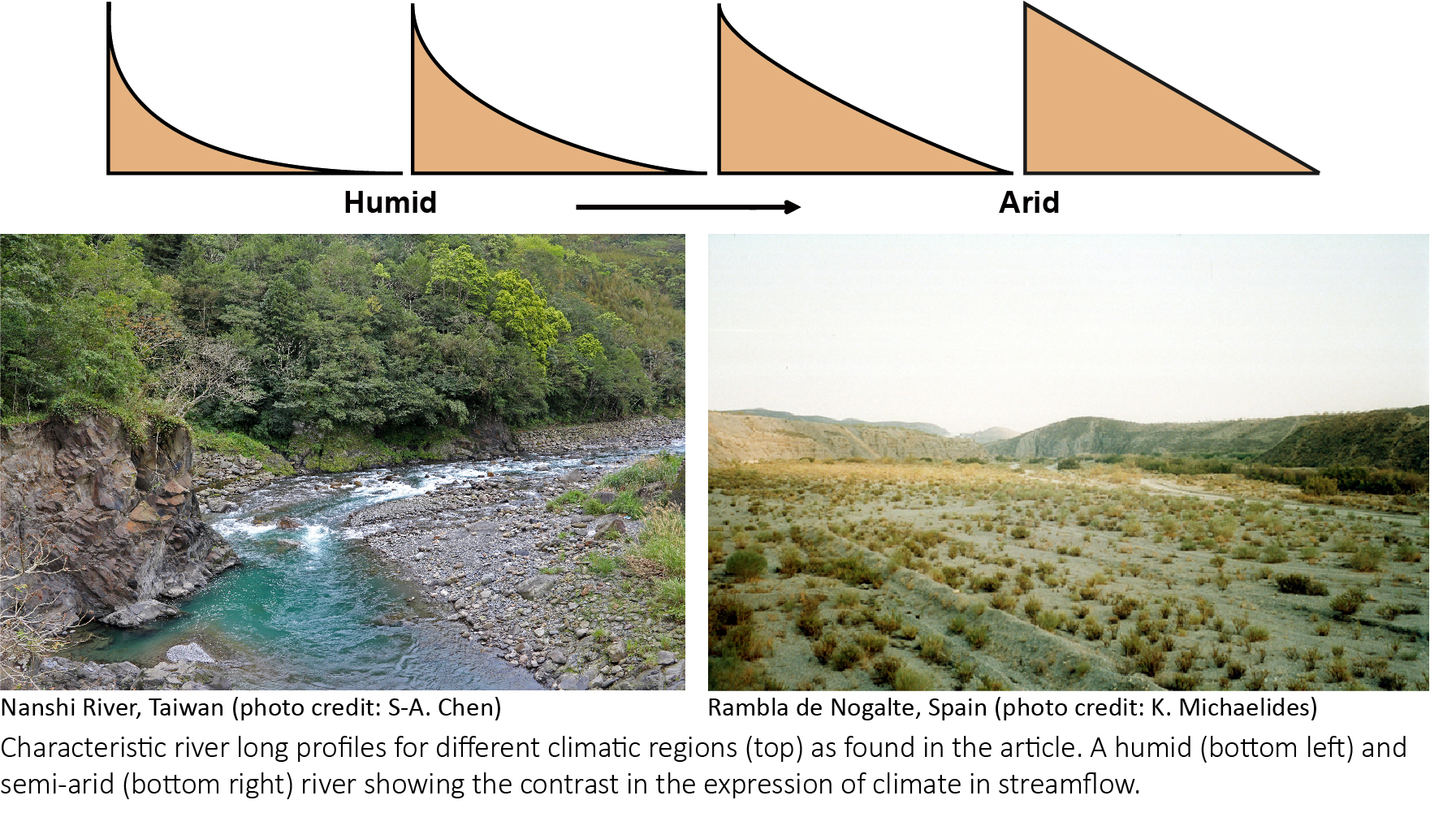 In humid regions, rivers tend to flow all year round. This continual movement steadily shifts sediment and erodes the river profile into a concave up shape. As the climate becomes drier, rivers only flow a few times per year when it rains.

Using a numerical model which simulated the evolution of river profiles over time in response to streamflow characteristics, the study authors demonstrated the links between climate, streamflow, and long profile shape.

“Traditional theory included in textbooks for decades describes that river long profiles evolve to be concave up. Existing theories are biased towards observations made in humid rivers, which are far better studied and more represented in published research than dryland rivers,” explained Dr. Katerina Michaelides.

“Our study shows that many river profiles around the world are not concave up and that straighter profiles tend to be more common in arid environments.”

“I think dryland rivers have been understudied and under-appreciated, especially given that drylands cover ~40% of the global land surface. Their streamflow expression gives unique insights into the climatic influence on land surface topography.”