Road medians could potentially reverse the decline of pollinators • Earth.com 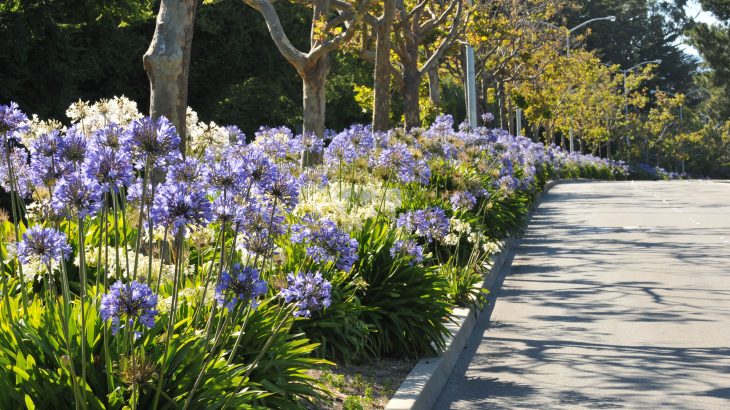 Researchers at the University of Exeter have found that road medians have great potential to support pollinators and help reverse their declining numbers.

According to the study, pollinators such as butterflies and bees can greatly benefit from road verges with plants and flowers, which provide food and shelter.

There are some risks involved with living beside the highway, such as exposure to pollution, but the study showed that the benefits of median habitats were much higher than the potential costs.

The investigation was focused on a review of more than 140 published studies. The meta-analysis revealed that road medians can be dramatically improved for pollinators with simple management practices such as planting flowers, mowing less often, and limiting street lighting.

Study lead author Ben Phillips is an expert in the Environment and Sustainability Institute on Exeter’s Penryn Campus in Cornwall.

“There is huge untapped potential to improve road verges for pollinators through management,” said Phillips. “In many cases, this involves mowing less, and at the right times, to increase flowers and reduce the amount of pollinators, eggs and larvae killed.”

“We can help pollinators further by reducing impacts of road pollution. This includes light pollution, which can be addressed by limiting how long streetlights are switched on for, as these confuse nocturnal insects.”

Andrew Whitehouse of the conservation charity Buglife said that the organization’s B-Lines initiative has identified the lack of connected wildflower-rich habitats as a major contributor to the decline in pollinating insects.

“This new research shows the potential that road verges have to help to reverse insect declines, said Whitehouse. “By making small changes to the management of our road verge network, local authorities and others involved in road verge management can make a significant difference to support nature’s recovery.”

In the time since the review was conducted, many road medians went through a transformation during COVID-19 lockdowns.

“There were lots of reports of road verges not being mowed because councils and contractors weren’t operating as normal,” said study co-author Claire Wallace. “This gave us a brief glimpse of the benefits of wilder verges for nature, with plants such as orchids popping up all over the place where they hadn’t been seen before.”

“In Cornwall, however, it is really positive that the council has just changed its policy of mowing verges in urban areas eight times per year,” noted Phillips. “Now they will only do this twice or three times a year, so this will be a big local change.”

The research supports an ongoing campaign by conservation charity Plantlife to save wildlife on road verges.