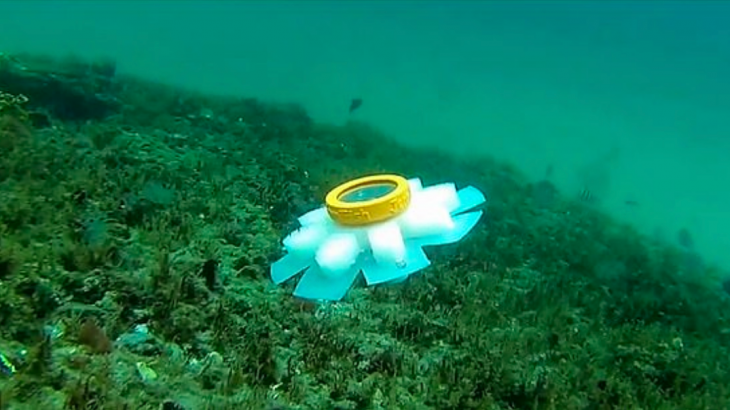 Scientists have created robotic jellyfish that may ultimately be used to monitor changes across sensitive marine ecosystems. The creators of the new technology predict that the uninvasive machines will eventually serve as “guardians of the oceans.”

The robots were designed with soft shells that allow them to slip easily through cracks that are more narrow than their bodies. The maneuvering ability of the tiny machines has already been tested on plexiglass plates with holes.

The robots could be used one day to measure the vulnerability of sensitive ecosystems, such as coral reefs, without causing any damage.

Dr. Erik Engeberg is one of the inventors of the jellybot from Florida Atlantic University.

“Studying and monitoring fragile environments, such as coral reefs, has always been challenging for marine researchers,” said Dr. Engeberg. “Soft robots have great potential to help with this.”

The jellybot is modeled after the shape of the “moon jellyfish” during the larval stage of its life cycle. A hydraulic system driven by two impeller pumps allows the robot to swim and navigate. As water is pumped into the jellyfish, eight silicon tentacles become inflated.

“Biomimetic soft robots based on fish and other marine animals have gained popularity in the research community in the last few years. Jellyfish are excellent candidates because they are very efficient swimmers,” said Dr. Engeberg.

“Their propulsive performance is due to the shape of their bodies, which can produce a combination of vortex, jet propulsion, rowing, and suction-based locomotion.”

The study is published in the journal Biomimetics and Bioinspiration.