Rogue waves are real, but don’t confuse them with tsunamis • Earth.com 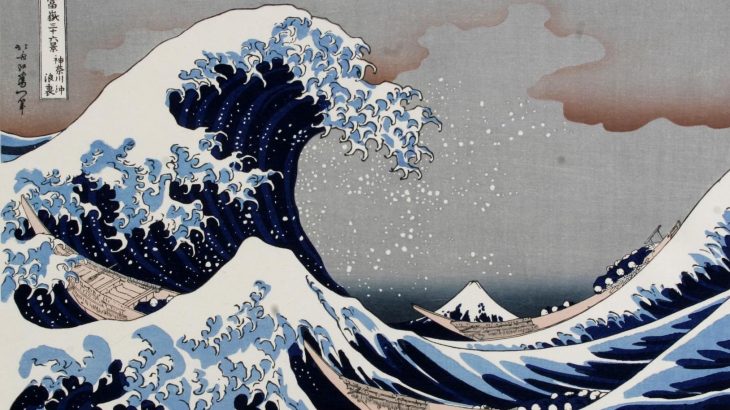 Rogue waves are real, but don’t confuse them with tsunamis

Legends of the monstrous dangers of the ocean have been common since humans first took to the sea. Historical maps showed sea monsters, the ‘edge’ of the world, and uncharted regions simply marked “here be dragons.”

Among stories of the Kraken, Akkorokamui, and other cryptids were stories of immense waves, capable of destroying the largest of ships. Until the last few decades, scientists believed these sightings were nothing more than myths.

Digital observations from deep-sea oil drilling platforms tell a story that is far harder to refute.

Wave sensors have observed huge waves suddenly appearing, two to three times higher than the “significant wave height”1 of the surrounding waves. These are called rogue waves and they have been measured up to nearly 26 meters (85 feet). This is equivalent to a 6 story building, and it is suspected that they can reach even greater heights.

Rogue Waves are NOT Tsunamis

Rogue waves sound very similar to tsunamis. They are both massive, fast and destructive ocean waves. However, unlike tsunamis, rogue waves appear in the open ocean. Tsunamis, on the other hand, are seismic waves that travel beneath the surface of the ocean. As they approach the coast, they are forced above the surface by the shallower water. Rogue waves are sudden walls of water that spring up in the ocean. They look more like a cliff of water than a wave.

These rogue waves are walls of water that shoot to incredible heights unpredictably. Ships that encounter them have little or no time to act. Even if they did, there is very little that could be done. The scale of these waves can dwarf even the largest of modern ships, far exceeding any obstacle they are designed to survive.

Oceanographers and mechanical engineers long believed that waves on this scale would only occur once every 10,000 years. The many stories and legends of these waves were discounted as impossible.

In December of 1978, the München, a German cargo ship sent out a mayday message. The ship was searched for extensively. Despite the efforts, neither the boat nor any of the 27 passengers were ever found. However, lifeboats originally suspended 20m up were recovered with clear signs of an extreme force, despite having never been lowered. This event was just an early clue to the reality of these waves.

The observation that proved the existence of rogue waves once and for all was made on New Year’s Day, 1995. The Draupner oil platform, located in the North Sea between the UK and Norway, was hit by a storm system. All workers were inside when the laser-based sensors on the platform recorded a wave measuring 26 meters (85 feet.)

This wave has been named the Draupner wave and is still the tallest directly measured rogue wave. More significant than the height of the wave was the fact that it was 2.5 times taller than the significant wave height1. The fact that this is possible proved that extreme waves can occur suddenly amongst normal storm waves. The scientific evidence was in, rogue waves are real.

The Science of Rogue Waves

Rogue waves are extremely difficult to study. They appear suddenly and disappear soon afterward. They only occur in the open ocean, which is one of the most remote and inaccessible parts of our planet. Those who do encounter them tend to fare poorly, and can’t report back what they saw. Rogue waves are an active area of research. We have a lot to learn about what causes rogue waves. However, we do know two ways in which rogue waves form.

Swells traveling across the ocean at different speeds and directions can combine. When the crest of two or more of these waves overlap, they can form brief but massive waves.

During storms, waves can form moving in the opposite direction. When this occurs the waves can interact to form massive rogue waves.

How Are Rogue Waves Possible?

Rogue waves were assumed to be impossible because it was believed that ocean waves interacted through a linear process. This would mean waves could never get higher than the sum of the wave heights involved. Instead, rogue waves seem to follow different rules.

Math describing rogue waves use the Schrödinger equation, which is a quantum “wave function2.” This equation and other complex mathematical tools have been used to describe how rogue waves can occur in nature. These equations describe how waves can “steal” energy from each other.

There is still a lot of debate over the physical mechanisms behind rogue waves. Lab experiments have demonstrated different conditions in which these waves could occur.

Where do Rogue Waves Occur?

Rogue waves are more common in some areas of the ocean. The coast of South Africa, the North Sea and other areas have more frequent rogue waves. However, rogue waves are still rare, even in these areas.

You have likely seen the classic Japanese woodblock print “The Great Wave off Kanagawa” (featured above). This depicts a large wave barreling toward three boats with Mt. Fuji in the background. It was painted in the 1830s by the Japanese ukiyo-e painter Katsushika Hokusai. It has become an iconic image of a tsunami, but it is now thought to actually depict a rogue wave.

Many of the mysterious lost ships of history may have been destroyed by rogue waves. The European Space Agency (ESA) estimated that as many as 200 supertankers and container ships have been sunk by rogue waves in the past 2 decades.

The reality of rogue waves reminds us just how much more there is to learn about our planet. The incredible power of nature should never be underestimated. It is easy to think humanity has taken control over nature in the modern world. However, our planet still holds many surprising (and sometimes terrifying) secrets.

Unforeseen realities can have extreme consequences. Our rapidly changing climate is much like a rogue wave. Interactions previous generations didn’t understand are now catching up with us. Unless we take immediate action, we may soon be faced by disasters so large and sudden that there is no chance to avoid them.