Studying salamanders could open the door to human regeneration • Earth.com 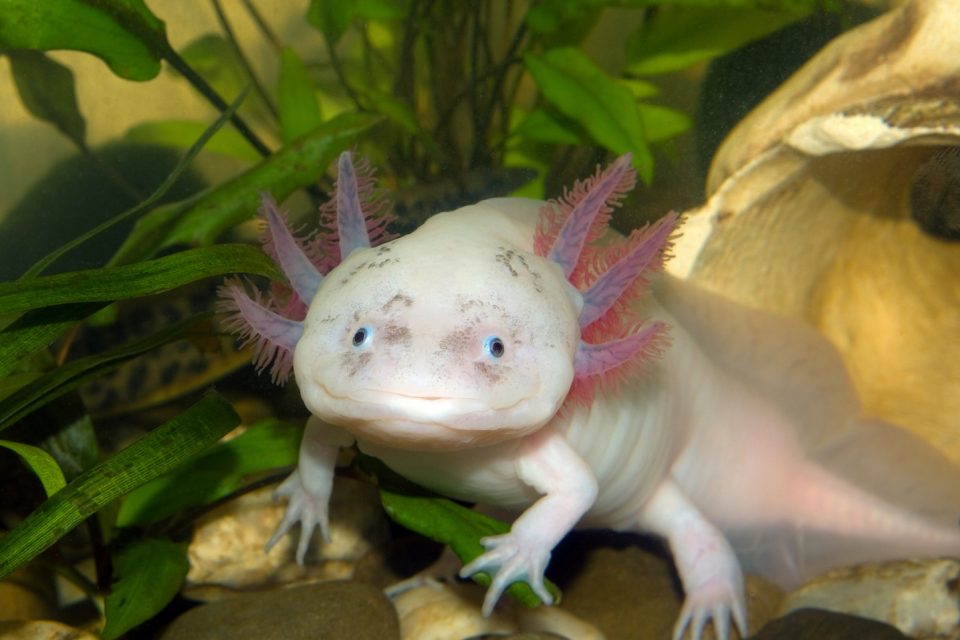 Studying salamanders could open the door to human regeneration

A team of scientists at the University of Kentucky successfully assembled the genome of the axolotl, a salamander species that is able to regenerate almost every part of its body. Having access to the complete genome may help scientists figure out regeneration in humans.

“It’s hard to find a body part they can’t regenerate: the limbs, the tail, the spinal cord, the eye, and in some species, the lens, even half of their brain has been shown to regenerate,” said Randal Voss, a professor in the UK Spinal Cord and Brain Injury Research Center about the axolotl.

Voss and his colleague Jeramiah Smith, an associate professor in the UK Department of Biology, adapted a classical genetic organization method called “linkage mapping” to efficiently assemble the massive axolotl genome in the correct order — a vital process necessary for understanding how the axolotl genome compares to the human genome. This is the first instance that a genome of this size has been properly assembled and organized.

“Just a few years ago, no one thought it possible to assemble a 30+GB genome,” Smith said. “We have now shown it is possible using a cost effective and accessible method, which opens up the possibility of routinely sequencing other animals with large genomes.”

“Biomedical research is increasingly becoming a genetically-driven enterprise,” Voss explained. “To understand human disease, you have to see be able to study gene functions in other organisms like the axolotl.”

He continued, “Now that we have access to genomic information, we can really start to probe axolotl gene functions and learn how they are able to regenerate body parts. Hopefully someday we can translate this information to human therapy, with potential applications for spinal cord injury, stroke, joint repair…the sky’s the limit, really.”

Voss and Smith’s work will appear in the February issue of Genome Research.