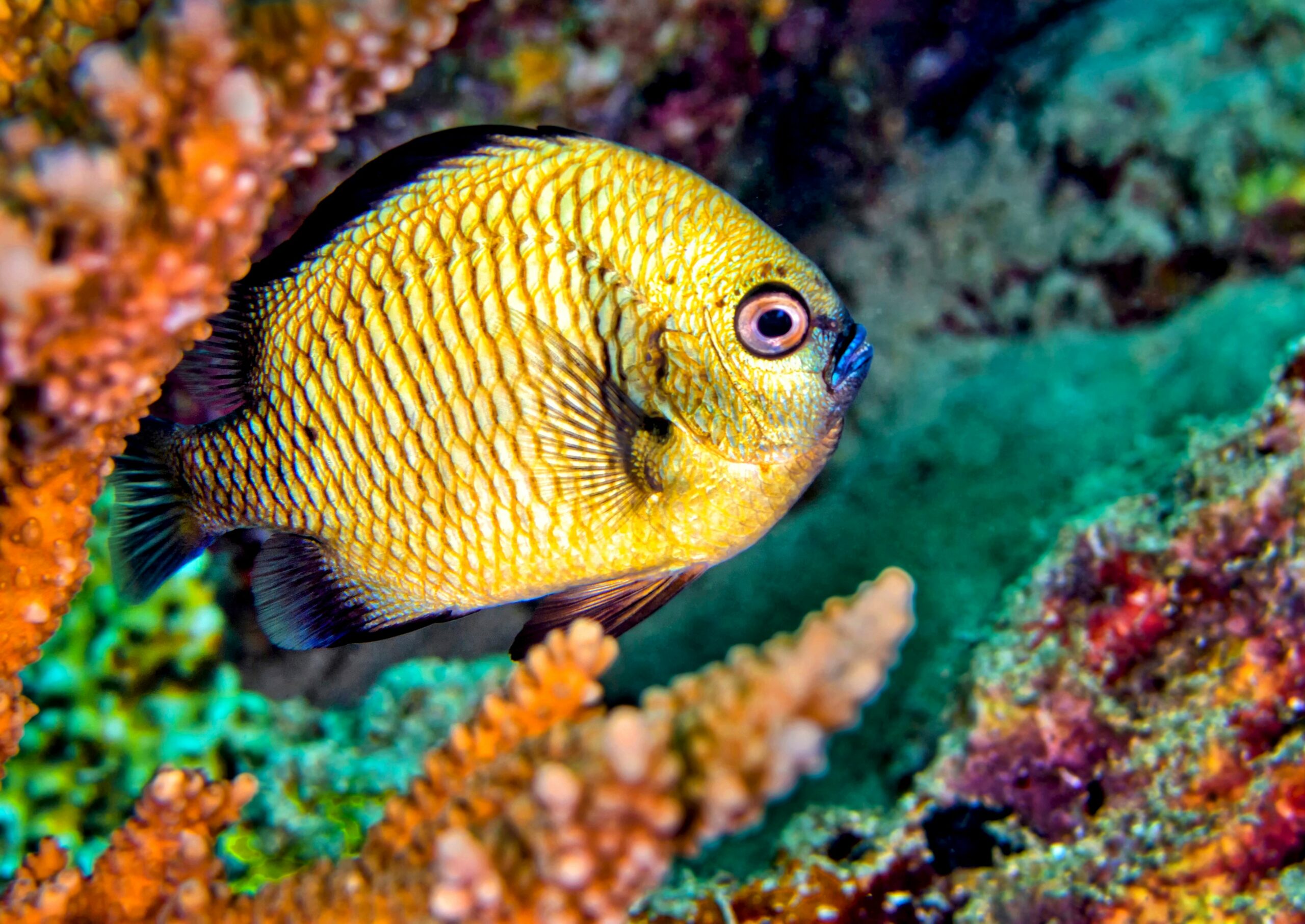 A research team from Oregon State University has recently developed an automated method that can reliably identify calls from a family of fish living among coral reefs. This method uses data collected by hydrophones and offers an efficient and cheap way of understanding changes in marine environments caused by climate change or other human influences.

Hydrophones are underwater microphones that are increasingly being used in the world’s oceans because they work at night, in low visibility conditions, and during long periods of time.

The scientists collected 18,000 hours of acoustic data over 39 months in a tropical coral reef region from the National Park of American Samoa, via a 12-station hydrophone area coordinated by the National Oceanic and Atmospheric Administration (NOAA) and the National Park Service. The team decided to analyze the distinctive calls of damselfish, which grind their teeth to create clicks, pops, and chirps associated with aggressive behavior and nest defense.

However, the staggering amount of data made it impossible for human beings to thoroughly search through it. “This is such a slow and tedious process,” said study lead author Jill Munger, a research assistant in Marine Ecology at Oregon State University. “I have all this data, and I am just looking at a tiny, tiny portion of it. What’s happening in all the other parts that I haven’t had a chance to listen to?”

“We built a machine learning model on a relatively small set of training data and then applied it to an enormous set of data,” Munger explained. “The implications for monitoring the environment are huge.”

This innovative method will increasingly be used by scientists in order to monitor many species of fish in the oceans to assess the impact of climate change or other environmental stressors on marine ecosystems.

“The benefit to observing fish calls over a long period of time is that we can start to understand how it’s related to changing ocean conditions, which influence our nation’s living marine resources. For example, damselfish call abundance can be an indicator of coral reef health,” Munger concluded.