Sea turtles are making a comeback in the Cayman Islands • Earth.com 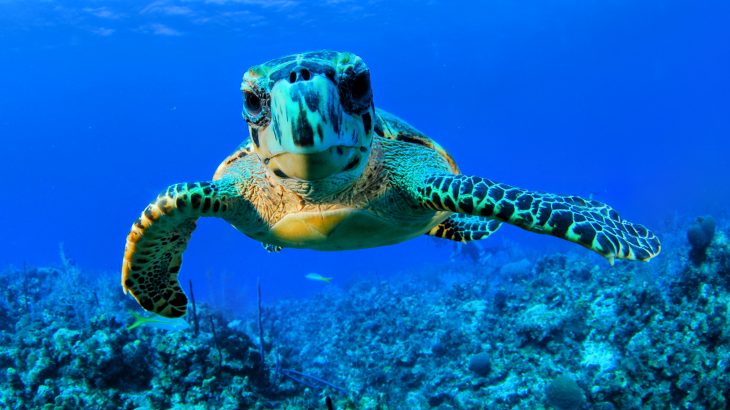 Sea turtles are making a comeback in the Cayman Islands after they were nearly wiped out two decades ago, according to a study from the University of Exeter.

The gradual recovery of sea turtles can be attributed to captive breeding and stricter regulations. However, the population numbers are still far below historical levels and the turtles face ongoing threats such as illegal hunting.

“Our findings demonstrate a remarkable recovery for sea turtle populations that were once thought to be locally extinct,” said Dr. Janice Blumenthal. “A combination of factors is thought to have led to this conservation success story.”

Dr. Blumenthal noted that the most important factor for loggerhead turtles was the restrictions placed on a legal turtle fishery in 2008.

“For both species, the recovery was assisted by protection efforts by the Cayman Islands Department of Environment on nesting beaches, including patrols by conservation officers to reduce illegal hunting,” explained Dr. Jane Hardwick.

“However, our study finds that illegal take is an ongoing threat, with a minimum of 24 turtles taken from 2015-19, many of which were nesting females.”

“Artificial lighting on nesting beaches, which can direct hatchlings away from the sea, increased over the period of our study.”

“Additionally, as highly migratory endangered species, sea turtles are influenced by threats and conservation efforts outside of the Cayman Islands, showing a need for international co-operation in sea turtle management.”

Before the Cayman Islands were settled by humans, millions of turtles migrated to the islands for nesting. But by the beginning of the 19th century, human overexploitation had driven the massive nesting populations to the brink of extinction.

The current study shows that, despite reaching critically low levels, nesting populations of green and loggerhead turtles have increased significantly.

Cayman Islands authorities are using data collected through monitoring the nests to target management efforts. Under the National Conservation Law of the Cayman Islands, “turtle-friendly lighting” initiatives and a greater level of habitat protection for key areas have been proposed.

“I was fortunate to have been involved in establishing the turtle monitoring programme with the Department of Environment in the Cayman Islands back in 1998 and it is fantastic to see how protection and awareness has resulted in an increase in nesting turtles,” said Professor Brendan Godley.

“The wonderful team and leadership of the Department of Environment have been instrumental in driving the monitoring and conservation.”

Gina Ebanks-Petrieb is the director of the  Cayman Islands Department of Environment.

“We are extremely grateful to the many volunteers, interns, property owners, businesses, organizations and members of the public who have assisted with sea turtle conservation efforts over the past two decades,” said Ebanks-Petrieb.

“Sea turtles are a national symbol of the Cayman Islands and our community has come together to demonstrate our commitment to their protection. This research gives us essential information for strategically targeted management efforts to secure future survival of these populations.”