Seagrass loss is much worse than expected in the UK • Earth.com 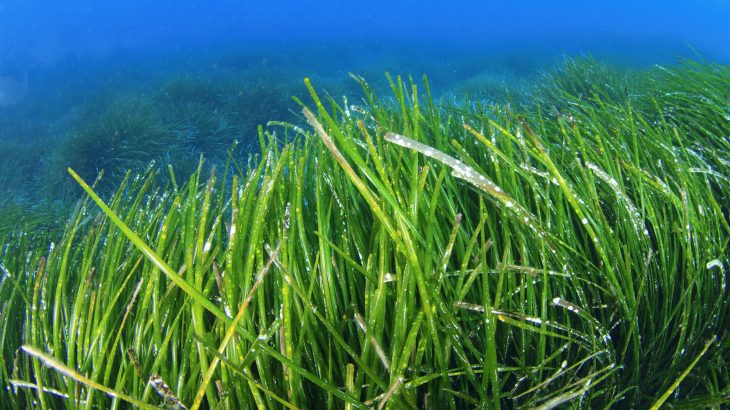 An alarming amount of seagrass has vanished from the waters surrounding the UK, and the extent of this loss is much greater than what was previously estimated. In a new study published by Frontiers, scientists have found that at least 44 percent of seagrass has been lost from this region since 1936.

Furthermore, the study suggests that nearly 40 percent of the total seagrass loss in the UK has occurred in recent decades. The research was a collaborative effort by experts at University College London, Kings College London, and Swansea University.

“Our paper establishes the best estimate of current seagrass extent in the UK, confirming at least 8,493 hectares, and documents a loss of at least 39% of aerial cover in the last 30 years,” said study lead author Dr. Alix Green

“Historically, we show that this loss could be as much as 92%, and that these meadows could have stored 11.4 Mt of carbon and supported approximately 400 million fish.”

Despite the fact that they cover only 0.1 percent of the ocean floor worldwide, seagrass meadows are one of Earth’s largest global carbon sinks. Seagrass stores carbon exponentially faster than terrestrial forests, which means it is a very valuable weapon against climate change. As a result of human activities such as coastal development, seagrass is rapidly declining.

While the current status of many seagrass meadows is unknown, previous studies have estimated that almost 30 percent of seagrass has been lost worldwide.

There are two native species of seagrass in the UK – Zostera marina and Zostera noltii – which are both protected by law. For their investigation, the researchers analyzed several datasets to estimate the aerial extent of seagrasses.

The findings highlight the urgent need to protect seagrass meadows and restore those that have been degraded or lost.

“The next decade is a crucial window of opportunity to address the inter-related crises of biodiversity loss and climate change – the restoration of seagrass meadows would be an important contribution to this,” explained study co-author Dr. Peter Jones.

“This will involve restrictions such as reduced boat anchor damage, restricting damaging fishing methods and reducing coastal pollution, including through marine protected areas.”

“These meadows have the potential to support our bountiful fisheries and help us win the fight against climate change and environmental degradation. The UK is lucky to have such a resource in our waters, and we should fight to protect it!”

“Now is the time to create financial mechanisms that reduce the flow of nutrients into our coastal seas, and offsetting mechanisms to allow a pathway of carbon finance into the conservation and restoration of these systems,” noted study co-author Dr. Richard Unsworth. He said that by reversing seagrass loss, we can improve our fisheries, reduce coastal erosion and fight climate change.