A seaweed-eating microbe could help transition to sustainable plastic • Earth.com 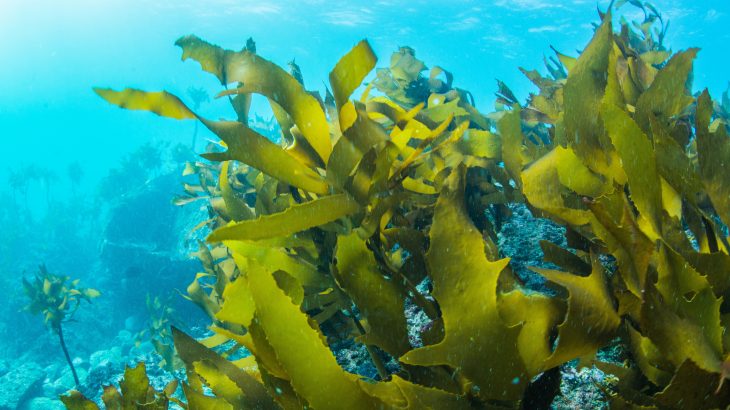 A seaweed-eating microbe could help transition to sustainable plastic

A team of scientists at Tel Aviv University have developed a non-toxic bioplastic polymer that could help facilitate a much-needed shift away from toxic plastics. The sustainable alternative is derived from a marine microorganism that feeds on seaweed and does not require many resources to produce.

According to the United Nations, around 90 percent of marine pollution is plastic waste. Scientists have been working for many years to come up with feasible and environmentally friendly replacements for petroleum-based plastics.

“Plastics take hundreds of years to decay. So bottles, packaging and bags create plastic ‘continents’ in the oceans, endanger animals, and pollute the environment,” said Dr. Golberg. “Plastic is also produced from petroleum products, which has an industrial process that releases chemical contaminants as a byproduct.”

Dr. Golberg teamed up with Chemistry Professor Michael Gozin and found that a polymer called polyhydroxyalkanoate (PHA) can be used to produce a sustainable plastic alternative. This polymer is obtained from a type of marine microorganism called Haloferax mediterranei, which does not require fresh water or fertile soil like most existing bioplastic alternatives.

The breakthrough could make the transition away from petroleum-derived plastics much more feasible, even in countries with a limited supply of fresh water.

“Our raw material was multicellular seaweed, cultivated in the sea,” said Dr. Golberg. “These algae were eaten by single-celled microorganisms, which also grow in very salty water and produce a polymer that can be used to make bioplastic.”

The next step for the researchers will be finding other microorganisms with the potential for producing a range of bioplastic polymers.

The study is published in the journal Bioresource Technology.