The secret language of dogs is revealed through their gestures • Earth.com 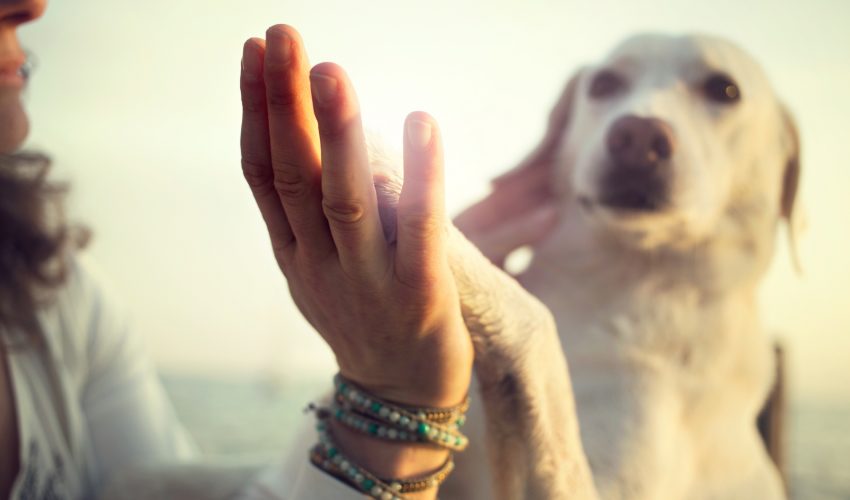 The secret language of dogs is revealed through their gestures

Experts at the University of Salford in Manchester have uncovered some of the hidden messages behind the body language of dogs. The researchers have identified 19 different gestures and have interpreted what the dogs are often requesting when they use these signals.

The team analyzed video footage of 37 dogs interacting with their owners on a daily basis. The study revealed that different dogs use different gestures to get the same message across. The researchers also found that dogs will use a variety of signals to make a request when the first gesture is not acknowledged.

The experts identified many different signals that indicate a dog is hungry including lifting a paw, licking, and jumping up and down. When asking to be scratched, a dog would roll over on his back or move its head forward in the direction of a person’s hand.

In order to request a toy, some dogs were seen rubbing their heads on an owner or an object. Other dogs indicated that they wanted a toy by lifting a single front paw and briefly touching a person or an object.

The most commonly-used signal recognized in the investigation was the “head turn,” which is when the dogs looked from a human to an object that they were interested in. In the video footage analyzed for the study, this object was usually a food dish.

The researchers determined that the head turn gesture suggests that dogs are “potentially adept at using referential communication.”