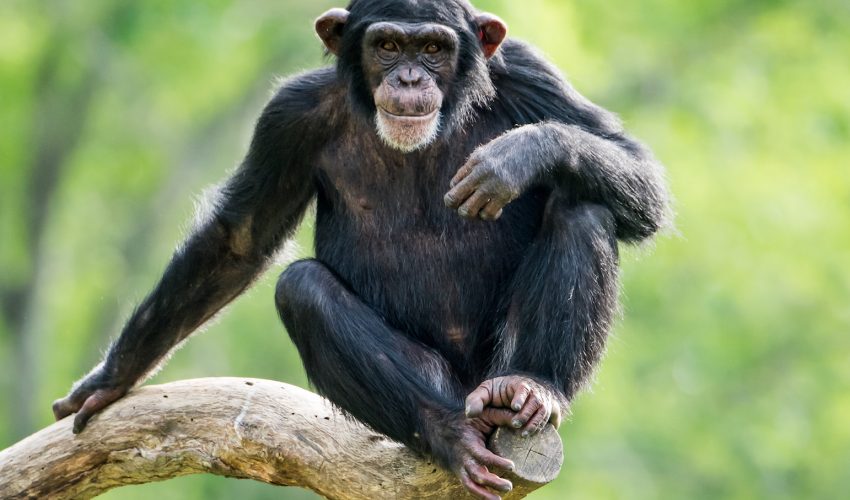 Self-control is tied to general intelligence

A study from Georgia State University has revealed a new connection between humans and chimpanzees. The researchers found that a chimpanzee’s ability to control urges and delay gratification corresponds with the individual’s level of general intelligence, a correlation that has previously been identified in humans.

The “marshmallow test” was an experiment that originated in the 1960s at Stanford University. Children were given the choice of taking an immediate reward of one marshmallow or waiting to receive a larger reward of two marshmallows. In past studies, children who performed well on this and other delayed gratification tests were found to have higher general intelligence.

For the current study, researchers Michael J. Beran and William D. Hopkins presented chimpanzees with the Hybrid Delay Task. This test is similar to the marshmallow test, monitoring which chimpanzees hold out and wait for a better reward rather than settling for instant gratification.

The evaluation also measures how well the chimpanzees are able to wait out the delay period while they still have the option of accepting the smaller reward instead.

In addition, the chimpanzees completed the Primate Cognitive Test Battery. This trial examines a variety of social and cognitive skills to measure general intelligence.

The experts found that the chimpanzees who showed the most restraint and self-control in both aspects of the delayed gratification test also displayed the highest levels of general intelligence.

“The fact that this link between self-control and intelligence exists in species other than humans may demonstrate an evolutionary basis for the role that willpower plays in general intelligence,” said Beran. “Future research could clarify whether the relationship also exists in other primates and even non-primate species.”