Biologists rush to save sick and endangered orca whale • Earth.com 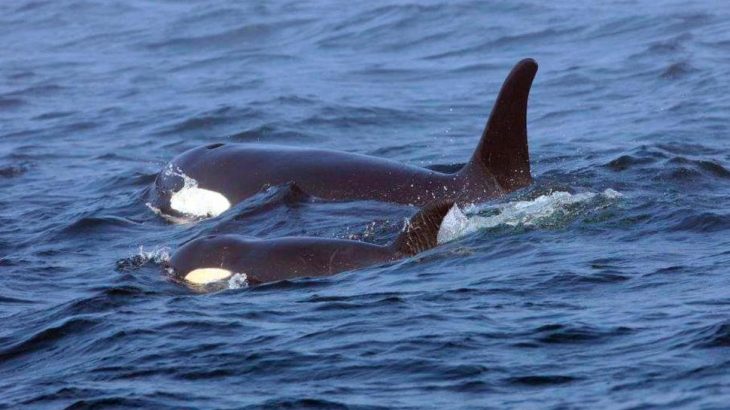 Biologists rush to save sick and endangered orca whale

Experts have been monitoring the behavior and movement of a sick young orca in the Pacific Northwest who has now gone missing. The four-year-old whale, known as J50, is one of only 75 critically endangered southern resident killer whales that co-exist in this part of the ocean.

On Wednesday, federal biologists were preparing to capture and treat the sick whale after two injections of antibiotics, which were administered in the wild, failed to produce any noticeable improvements in her undetermined health condition.

Officials said that they would only intervene if the small whale became stranded or separated from the rest of her pond. They were hoping to save the young orca without causing stress to her family.

By Thursday, however, biologists could no longer spot the struggling orca after searching by boat, helicopter, and plane. Ken Balcomb, the founding director of the Center for Whale Research, said that J50 is presumed dead.

A spokesman for the National Oceanic and Atmospheric Administration (NOAA), Michael Milstein, said that the search is not yet over and there is still some hope that J50 will be found.

“We have had a huge amount of help today, and it is really important that if she is there that we find her,” said Milstein. “We certainly have not determined at this point that we are giving up. And we are determining that day by day, we are not setting a timeline.”

Just a few weeks ago, another whale in the same pod known as J35 made international headlines when the grieving mother carried her dead calf in the water for more than two weeks.

The southern resident killer whales are struggling due to a lack of their primary prey, chinook salmon. The whales are also threatened by toxic contamination and noise pollution. The last successful birth in this population of orcas was in 2015.

Balcomb wrote in a news release: “The message brought by J50, and by J35 and her dead calf a few weeks ago, is that the southern resident killer whales are running out of reproductive capacity and extinction of this population is looming,while the humans convene task forces and conference calls that result in nothing, or worse than nothing, diverting attention and resources from solving the underlying ecological problems that will ultimately make this once-productive region unlivable for all.”

The last known sighting of J50 was on Friday, September 7.