Using your smartphone during mealtimes can cause weight gain • Earth.com 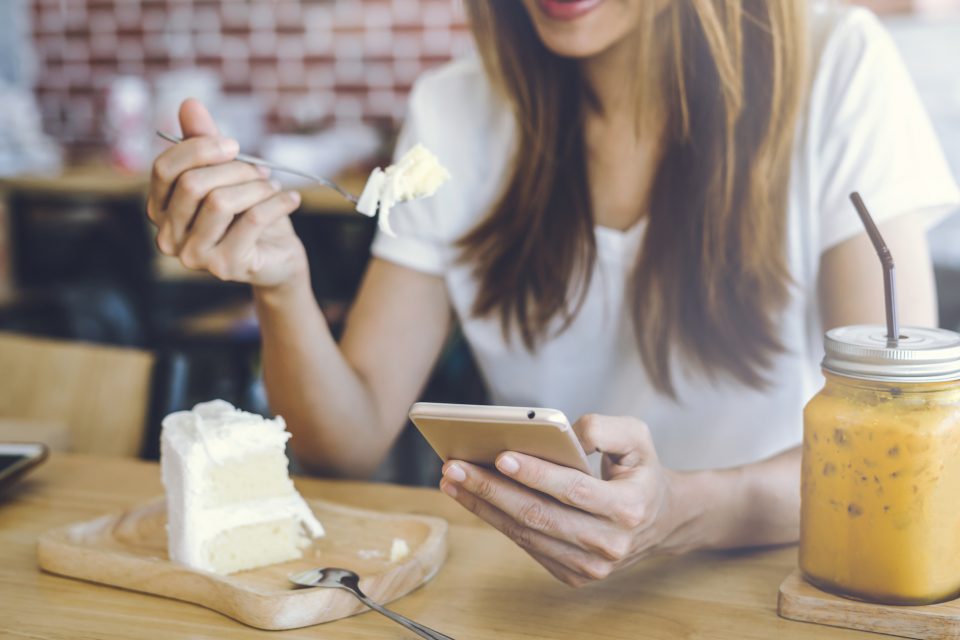 Using your smartphone during mealtimes can cause weight gain

Smartphones can be used to track calorie intake and cumulative exercise, but could they also be working against your dietary goals?

According to a new study published in Psychology & Behavior, men and women consume an average of 15% more calories when looking at a smartphone while eating a meal than when they are eating undistracted. Smartphone usage also seemingly causes people to eat fattier foods.

“[Smartphone usage] may prevent the correct understanding of the brain over the amount of food ingested,” researchers, who carried out the study at the Federal University of Lavras in Brazil and the University Medical Center Utrecht in the Netherlands, noted.

The team watched 62 volunteers, both men and women aged 18 to 28, eat alone. The volunteers were told to eat whatever they wanted from a wide selection of food, ranging from healthy to unhealthy items.

The volunteers were observed eating at three different intervals. During one interval, they ate without distractions. They then ate while looking at their smartphone. And finally, they ate while reading a magazine.

Researchers noted that, on average, the volunteers ate a total of 535 calories when they ate undistracted. But when eating while looking at a smartphone, they ate an average of 591 calories. Volunteers also ate more while eating with a smartphone than with a magazine.

“Smartphone use during a meal increased calorie and fat intake,” said lead author Márcio Gilberto Zangeronimoa. “Tablets and smartphones have become the main “distracters” during meals, even early in childhood, so it is important to pay attention to how this may impact food choices. A distracter prevents the brain correctly understanding the amount of food ingested.”