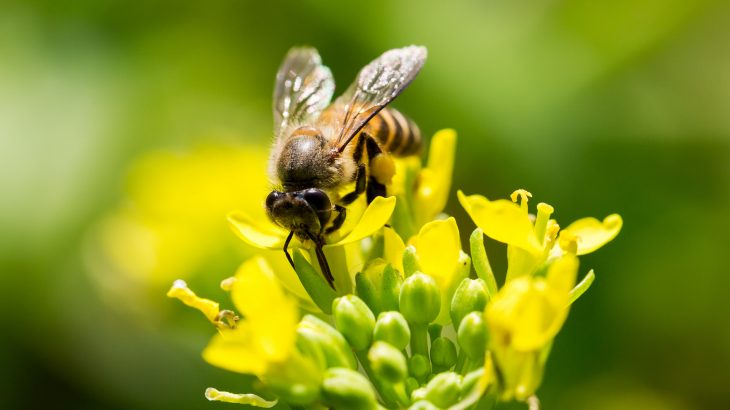 In a project funded by NATO Science for Peace and Security, experts are training bees to locate explosives, radioactive metals, and drugs. Under some circumstances, the bees will be more useful than sniffer dogs because they can work longer with less financial investment.

Dr. Ross Gillanders, a senior researcher at the University of St Andrews, helped develop equipment that detects whether the bees return to the hive with tiny traces of explosives. During early trials in Croatia, drones were used to locate the source of any small traces picked up by the bees.

According to Dr. Gillanders, once the bees are trained and released they immediately seek out the explosives.

“Basically we teach them by a version of reward like you do with dogs,” said Dr Gillanders. “The bees fly out of their hive to go about their normal day to day job of finding pollen but instead of finding pollen they find explosives. It’s the sugar syrup, which draws them out.”

“However, after three days the bees realise that they aren’t getting reward from the TNT and as a result are disinterested in it and look for other things.” At this point, the bees must be re-trained to find explosives.

In Croatia, real-world tests using honeybees from local hives began in 2017. Dr. Gillanders confirmed the bees found abandoned land mines and other explosives lost during The Croatian War of Independence, which was was fought from 1991 to 1995.

In the United States, bees were previously conditioned to detect explosives in vehicles at checkpoints. Researchers at the Los Alamos National Laboratory in New Mexico trained honeybees to stick out their proboscis, the tube they use to feed on nectar, when explosives were detected.

In 2015, researchers at the University of Cologne proposed that bees could eventually replace dogs for drug detection at airports.

The results in Croatia suggest that honeybees could help to clear millions of abandoned mines around the world that put thousands of lives at risk.

According to oneybees will be ready for deployment searching out the mines in between five and ten years and have already been trained to identify other dangerous or illicit materials.

The study is published in the Psychological Bulletin.