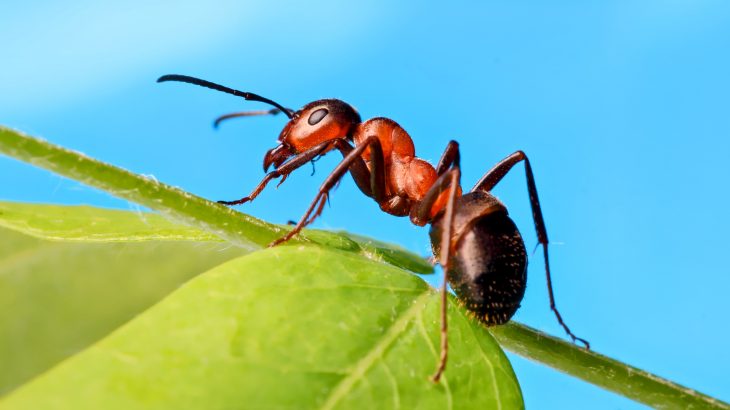 Ants respond to social isolation in similar ways as humans and other mammals, according to a new study. The researchers found that ants who endured social isolation exhibited behavioral differences, such as letting themselves go.

The experts were particularly surprised to find that immune and stress genes became less active in the brains of the isolated ants.

Social mammals like humans experience stress as a result of isolation, which has a negative impact on well-being and physical health.

The effects of social isolation have been widely investigated among mice and humans but little is known about how insects cope. This is surprising because insects such as ants like in highly evolved social systems.

For their entire lives, ants participate as members of the same colony and are dependent on the other group members. Worker ants give up their own reproductive potential and dedicate themselves to responsibilities like feeding the larvae, cleaning and defending the nest, and searching for food.

The current study was focused on the effects of social isolation among ants of the German species Temnothorax nylanderi. These ants live on the forest floor in cavities in acorns and sticks, with colonies of a few dozen workers.

The researchers removed young workers from 14 colonies and kept them in isolation for varying lengths of time, ranging from one hour to a maximum of 28 days.

The experts found that after isolation, the workers were less interested in their adult colony mates and spent less time grooming themselves. On the other hand, the amount of time they spent in brood contact increased.

“This reduction in hygienic behavior may make the ants more susceptible to parasites, but it is also a feature typical of social deprivation in other social organisms,” explained Professor Susanne Foitzik.

The study revealed significant changes in the behaviors of the isolated insects, but the most striking findings that were found were changes in gene activity. Many genes related to immune system function and stress response became less active after social isolation.

“This finding is consistent with studies on other social animals that demonstrated a weakening of the immune system after isolation,” said Professor Scharf.

“Our study shows that ants are as affected by isolation as social mammals are and suggests a general link between social well-being, stress tolerance, and immunocompetence in social animals,” said Professor Foitzik.