Solar energy does not have to interfere with valuable land • Earth.com 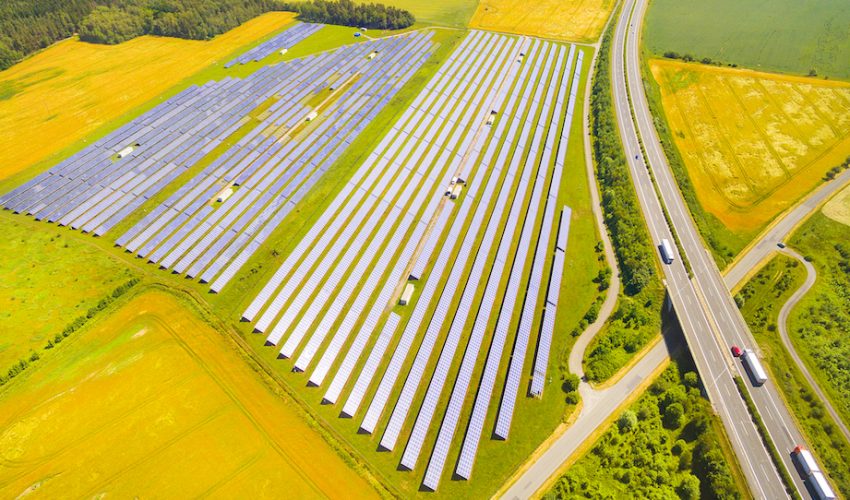 Solar energy does not have to interfere with valuable land

As the world attempts to transition away from fossil fuels to renewable forms of energy, there is heightened interest in solar power. However, photovoltaic panels require a lot of space and can potentially interfere with agricultural land and other protected regions. A team of experts has now determined that it is feasible to generate large quantities of solar energy without impacting valuable areas of land.

Previous research demonstrated that solar panels are often installed in untouched land areas and croplands. An analysis in Lecce, Italy, revealed that 51 percent of the city’s solar panels were located on natural and agricultural land, including century-old olive groves.

A team of researchers including Rebecca R. Hernandez, Michael F. Allen and Madison K. Hoffacker set out to see if it is possible to expand solar power generation without invading preserved areas of land and farms.

The team focused their study on four alternative solar installation sites in California’s Central Valley. For the investigation, the team examined how solar panels could be installed on rooftops and buildings inside of urban areas, on land that is too salty for crops, in water reservoirs, and on contaminated land sites.

The researchers identified the number of these unconventional solar production sites that exist within Central Valley, and calculated how much energy could be produced by installing photovoltaic panels in all of these available areas.

The team found that the alternative surfaces which could accommodate solar power production totalled more than 1.5 million football fields. This staggering amount of space could generate more than 19,000 terawatt-hours of energy per year without interfering with farmlands or conserved areas, according to the study.

Overall, the level of energy production established by the researchers is far more than California’s projected electricity demand for 2025, which is 321 terawatt-hours.