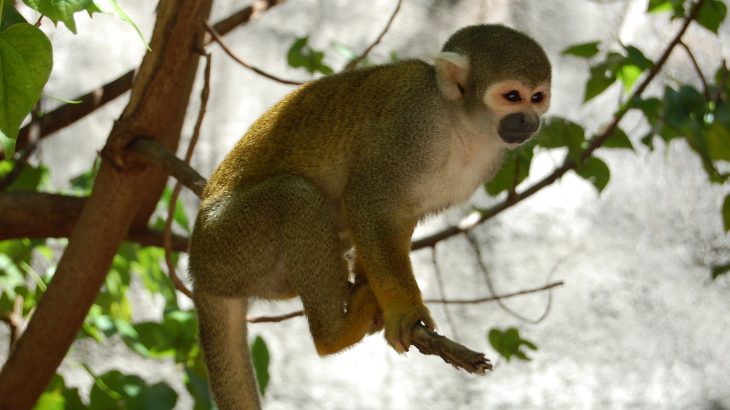 A new study from the University of Sterling has found that South American monkeys, lemurs, and apes (especially New World monkeys) currently face an “elevated risk of extinction” due to climate change-induced increasing temperatures and habitat changes over the next 30 years.

“Based on our analysis, it is clear that New World monkeys in particular can be considered highly vulnerable to projected temperature increases, consequently facing an elevated risk of extinction,” said study leader Dr. Joana Carvalho of Stirling’s Faculty of Natural Sciences.

The research team looked at 426 species of non-human South American primates and their exposure to climate change and forecasted their risk for extinction in the year 2050, considering all scenarios (best case — emissions improve — and worst case — emissions increase unchecked).

They found that 86% of Neotropical primate ranges will be exposed to maximum temperature increases of greater than 3°C. And extreme warming of more than 4°C  will likely affect 41% of their ranges, and many of those areas currently house the largest number of primate species.

“Studies that quantify what magnitudes of warming primates are able to tolerate physiologically are lacking,” Dr. Carvalho said. “However, we have reason to believe that extreme temperature increases – as those predicted based on the low mitigation scenario – would most likely surpass the thermal tolerance of many species.”

“Climate-change mitigation measures have not yet been systematically included into on-site management and strategic development of primate conservation,” added senior author Professor Hjalmar Kuehl, a primatologist at the Max Planck Institute for Evolutionary Anthropology. “Given the timescale on which climate change and resulting impact on primate populations will occur, efforts for integrating climate change mitigation measures need to be enhanced urgently in order to be able to develop and implement appropriate actions.”

The team also suggests that human influence on the land within primates’ habitat will only exasperate the dire conditions.

Cearly, as the authors note, “urgent action” is required in order to ensure the safety and conservation of primate populations in South America, and worldwide.

The findings are published in Global Change Biology.