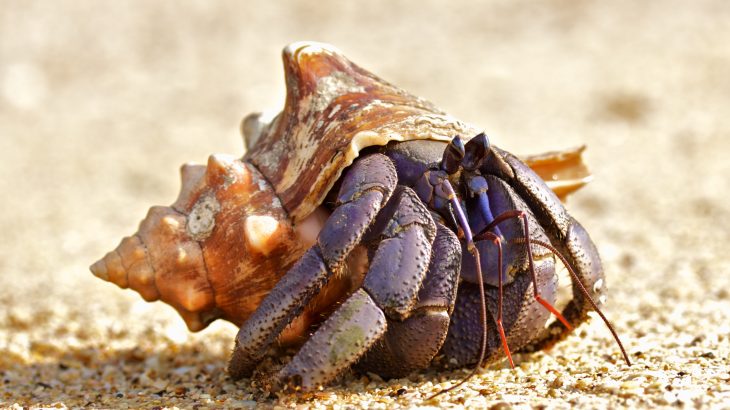 The oldest known sperm cells have been discovered in a crustacean preserved in amber from Myanmar, according to a study from Ludwig-Maximilians-Universitaet. The specimen, which dates back about 100 million years to the Cretaceous, is a female that contains giant sperm cells in its reproductive tract.

Fossilized sperm cells are extremely rare. Prior to this study, the oldest known sperm was 50 million years old and contained in a type of worm.

The research was conducted by an international team of experts who discovered that the female specimen, as well as other fossils collected along with it, represent a previously unknown species of crustacean, Myanmarcypris hui.

The specimens belong to a class of Crustacea known as ostracods, which have been around for 500 million years with thousands of species still alive today.

Fossilized shells of ostracods are not uncommon, but the new specimens preserved in Burmese amber reveal details of their internal organs, including the reproductive organs.

“The findings gave us an extremely rare opportunity to learn more about the evolution of these organs,” said study co-author Renate Matzke-Karasz.

The researchers used computer-aided techniques to reconstruct 3D models from a single or a few X-rays of the ostracod fossils. The models revealed astonishing details of the anatomy of these animals, ranging from their tiny limbs to their reproductive organs.

In the female ostracod that contained sperm, these cells were discovered in the paired sperm receptacles where they would have been stored after copulation, ready for release when the female’s eggs matured.

“This female must have mated shortly before being encased in the resin,” said study co-author He Wang. The X-ray images also offered the team a detailed look at the sperm pumps and the pairs of penises that male ostracods insert into the twin gonopores of the females.

“The complexity of the reproductive system in these specimens raises the question of whether the investment in giant sperm cells might represent an evolutionarily stable strategy,” said Matzke-Karasz.

The males of most animals, including humans, produce very large numbers of very small sperm. A few animals like ostracods, however, produce small numbers of oversized sperm, with motile tails that are several times longer than the animal itself.

“In order to prove that the use of giant sperm is not an extravagant whim on the part of evolution, but a viable strategy that can confer an enduring advantage that enables species to survive for long periods of time, we must establish when this mode of reproduction first appeared,” said Matzke-Karasz.

The finding that animals had already developed giant sperm 100 million years ago suggests that this reproductive strategy is successful in the long term.

“That’s a pretty impressive record for a trait that requires a considerable investment from both the males and females of the species. From an evolutionary point of view, sexual reproduction with the aid of giant sperm must therefore be a thoroughly profitable strategy,” said Matzke-Karasz.