Spiny lobsters communicate up to 3 kilometers away • Earth.com 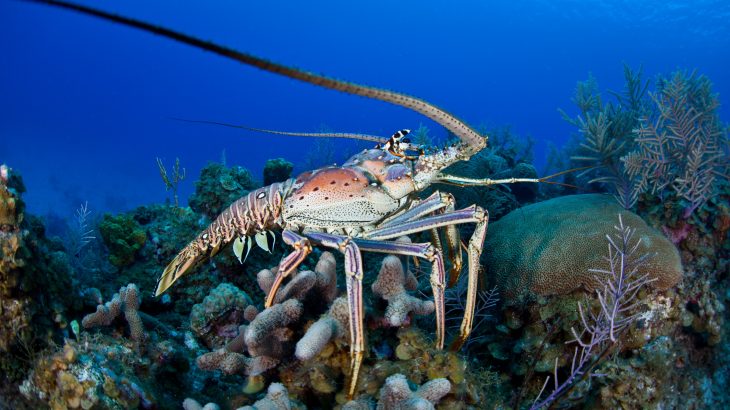 Spiny lobsters communicate up to 3 kilometers away

A team of experts has discovered that sounds produced by European spiny lobsters can be heard up to three kilometers away.

The research may lead to the development of acoustic monitoring strategies to help conserve the lobsters, which are now dwindling as a result of overfishing.

The European spiny lobsters emit loud broadband sounds called called “antennal rasps” by rubbing their antennas against a file that is located on each side of a plate below their eyes.

A team of experts led by Youenn Jézéquel set up eight underwater microphones between 0.5 and 100 meters away from the lobsters. Overall, the researchers recorded 1,560 antennal rasps that were produced by 24 spiny lobsters in the Bay of Saint Anne du Portzic, France.

The study, which is published in Scientific Reports, revealed that the sound projections varied significantly with body size.

After taking into account the loss of sound intensity and the background noise that was present during the experiment, the researchers estimate that antennal rasps from large lobsters could be detectable up to 400 meters away.

Furthermore, the experts theorize that under conditions with low background noise, the largest European spiny lobsters could actually be heard as far as three kilometers away.

The findings sugest that antennal rasps could be used to detect and monitor populations of spiny lobsters from exceptional distances.

According to the study authors, non-invasive tools such as acoustic monitoring are needed to better manage this vulnerable species.