Study hints at a secret "musical battle" between fireflies and bats • Earth.com 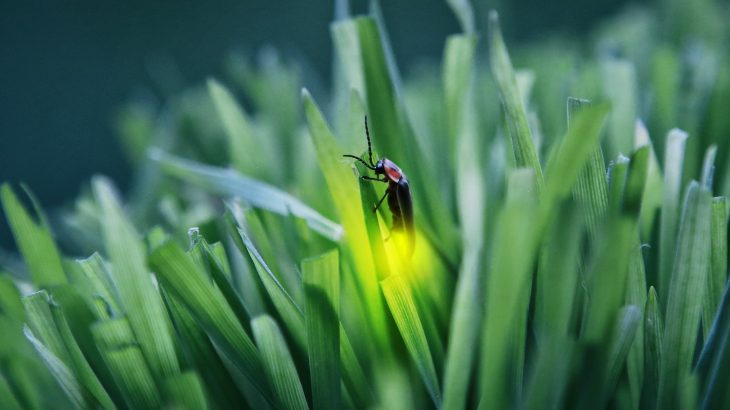 Study hints at a secret “musical battle” between fireflies and bats

Researchers at Tel Aviv University are describing a potential new defense mechanism that fireflies use to protect themselves from bats. The experts have discovered that fireflies seem to create a “musical shield” to deter bats from attacking them.

According to the study, fireflies produce strong ultrasonic sounds that are inaudible to the human ear, as well as to the insects themselves.  The researchers theorize that the ultrasonic sounds are meant for the ears of bats to keep them away.

The light flashes used by fireflies for mating also serve as a warning to potential predators that they are poisonous. However, bats have poor vision, which means that a flashing light would have little effect on them.

Since bats are among the fireflies’ most prevalent predators, the researchers believe the insects may have developed an alternative defense mechanism.

Professor Yossi Yovel explained that the idea for this study came up accidentally, during a study that tracked bats’ echolocation.

“We were wandering around a tropical forest with microphones capable of recording bats’ high frequencies, when suddenly, we detected unfamiliar sounds at similar frequencies, coming from fireflies,” said Professor Yovel.

The researchers examined three different species of fireflies that are commonly found in Vietnam. They confirmed that all of the species produce the unique ultrasonic sounds, yet cannot hear them.

Professor Yovel explained that the study did not conclusively determine that fireflies have developed the special defense mechanism specifically for bats. At the same time, there are several findings that point to this conclusion.

For example, the fact that the fireflies cannot hear the sounds themselves, while bats can both hear and use them to locate the insects, indicates that the noise is likely produced as a warning signal.

Krivoruochku noted that the discovery that fireflies use ultrasonic sounds is, in itself, an important contribution to the study of predator-prey relations.

“The idea of warning signals that the sender itself cannot detect is known from the world of plants but is quite rare among animals,” said Krivoruchku.

“Our discovery of the ‘musical battle’ between fireflies and bats may pave the way for further research, and possibly the discovery of a new defense mechanism developed by animals against potential predators.”