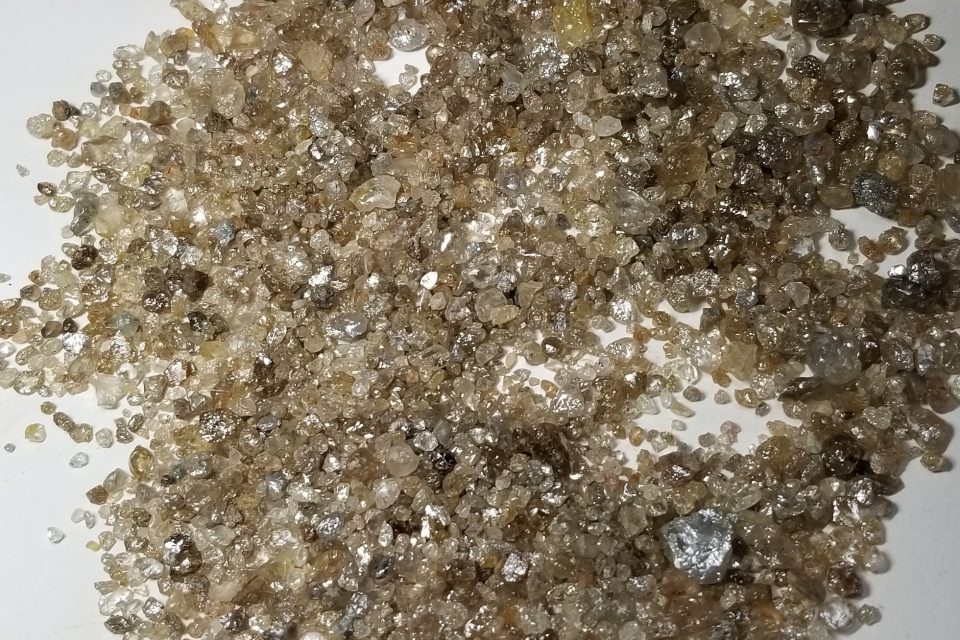 Now, analysis of gasses found in newly excavated diamonds confirms the existence of such subterranean reservoir, which is estimated to be about as old as the Moon and hidden in Earth’s mantle, about 410 km below sea level.

After Earth was formed, it was disrupted by violent geological and extraterrestrial activity. Therefore, almost nothing of its original structure remains. But in the 1980s, geochemists found that some basalt lavas contained a rare isotope ratio of helium 3 to helium 4 — a ratio that is often found in ancient meteorites that had impacted Earth.

This discovery led them to believe that the basalt lava was carried from a reservoir deep within the Earth, in which materials haven’t really changed for the past 4 billion years.

“This pattern has been observed in ‘Ocean Island Basalts’, which are lavas coming to the surface from deep in the Earth, and form islands such as Hawaii and Iceland,” said lead researcher Dr. Suzette Timmerman, from the Australian National University, via her study published in Science. “The problem is that although these basalts are brought to the surface, we only see a glimpse of their history. We don’t know much about the mantle where their melts came from”.

So, Timmerman and her team measured helium isotopes within superdeep diamonds that were brought to the surface by violent volcanic eruptions.

“Diamonds are the hardest, most indestructible natural substance known, so they form a perfect time capsule that provides us a window into the deep Earth,” Timmerman said. “We were able to extract helium gas from twenty-three super-deep diamonds from the Juina area of Brazil. These showed the characteristic isotopic composition that we would expect from a very ancient reservoir, confirming that the gases are remnants of a time at or even before the Moon and Earth collided.”

“From the geochemistry of the diamonds, we know that they formed in an area called the ‘transition zone’, which is between 410 and 660 km below the surface of the Earth,” she continued. “This means that this unseen reservoir, left over from the Earth’s beginnings, must be in this area or below it.”

More research is necessary to figure out how large the reservoir is, or if it’s even a single reservoir rather than several smaller ones. It’s location, chemical composition, among other properties, are still unknown.

“But with this work we are beginning to home in on what is probably the oldest remaining comparatively undisturbed material on Earth,” Timmerman concluded.