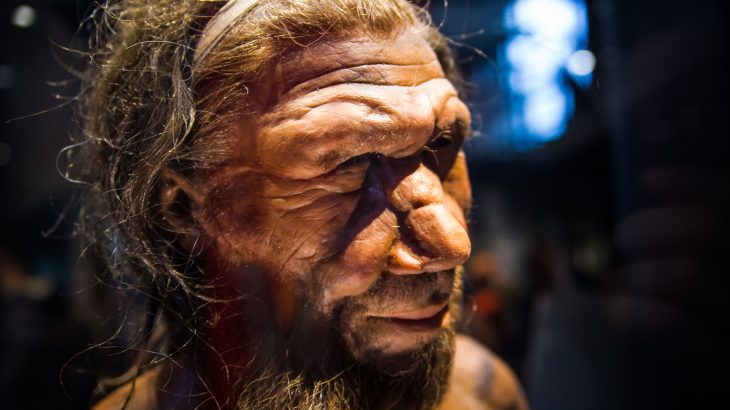 According to new research from Erik Trinkaus of Washington University and colleagues, Neanderthals commonly suffered from “swimmer’s ear” due to abnormal bone growths in the ear canal.

Swimmer’s ear, which is caused by external auditory exostoses (dense, bony growths) in the ear canal, is linked to repeated exposure to cold water or air. There is also a genetic predisposition for the condition.

Trinkaus and his team came to their conclusion, published in PLOS ONE, after examining the ear canals of 77 ancient human remains, including Neanderthals and early modern humans from the Middle to Late Pleistocene Epoch of western Eurasia.

The early modern human remains showed similar frequency of exostoses to modern humans, but the condition was incredibly common in Neandertal samples. About half of the 23 Neandertal remains examined showed that the ancient humans suffered from mild to severe exostoses.

Trinkaus and colleagues believe that the commonality of swimmer’s ear in Neanderthals can be explained by their amount of time spent collecting resources in cold, aquatic settings.

“An exceptionally high frequency of external auditory exostoses (bony growths in the ear canal; “swimmer’s ear”) among the Neandertals, and a more modest level among high latitude earlier Upper Paleolithic modern humans, indicate a higher frequency of aquatic resource exploitation among both groups of humans than is suggested by the archeological record,” Trinkaus said. “In particular, it reinforces the foraging abilities and resource diversity of the Neandertals.”

Furthermore, because the geographic distribution of the exostoses found in Neanderthals does not align with proximity to ancient water sources nor cooler climates, Trinkaus and his team believe that multiple factors were at play to form so many exostoses, such as environmental factors as well as genetic predispositions, as is still applicable today.