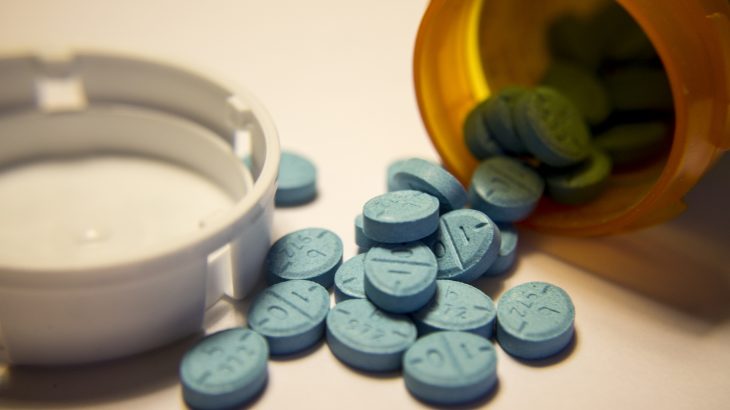 Pharmaceutical drug misuse in the United States has a long and complicated history.

Overprescribing antibiotics has led to the growing global crisis of antibiotic resistance, where once-easily treated infections are growing more and more resistant to antimicrobials.

The opioid epidemic has been tracked to the overprescription of highly addictive opiates in the 90s, which were misleadingly pawned off to doctors as non-addictive.

Netflix’s Take Your Pills, directed by Alison Klayman, offers a comprehensive yet scattered look at another major pharmaceutical misstep in the United States — the misuse of Adderall and Ritalin as performance-enhancing drugs.

Like pills dropping from a pill bottle, Klayman drops small doses of interviews with former Adderall users/abusers, health experts, and statistics about the use of the drug as a performance-enhancer in today’s highly competitive and driven society.

In a world where everyone needs to be the best, Adderall, a commonly prescribed drug for Attention-deficit/Hyperactivity Disorder (ADHD), provides a means to be better according to the many featured in the film.

Students attest to the way the drug helps them focus, get better grades, and stay awake. A former NFL athlete, Eben Britton, describes how Adderall helped him excel and thrive despite being injured multiple times throughout his career (which soon ended after being suspended for failing a drug test).

Klayman’s big question, “at what cost,” aims to be a central anchor to these interviews and snippets of statistics.

“What the film really looks at is really: What do these pills promise, and what do people desire?” Klayman told NPR. “And these drugs are associated with keeping better focus — it’s better attention, it’s better productivity — in this moment when people are all really feeling squeezed, feeling pressure to perform.”

Adderall has helped many get ahead but what are the long-term health impacts, what does it say about American society as a whole, and is Adderall simply a stepping stone on the way to other performance enhancing “smart pills?”

Dr. Wendy Brown, a political theorist at the University of California, Berkeley, discusses in the film how we live in a “hypercompetitive” world where everyone is expected to perform at the highest capacity for as long as possible.

“Every human being is now required to understand themselves as a little bit of human capital,” Brown says, going on to suggest that this extremely competitive and capitalistic way of life is an obvious path to Adderall and performance-enhancing drug misuse.

It’s important to realize that society’s infatuation with performance-enhancing drugs is nothing new.

Klayman traces back the history of focus-enhancing drugs with journalist Alan Schwartz, who explains that every generation has found a way to try to get ahead with “ADHD type drugs.”

Schwartz goes way back to the 1930s, citing a New York Times article published in 1937 about amphetamine.

It wasn’t called Adderall then, but was nicknamed the “pep pill,” according to Dr. Nicolas Rasmussen, author of the book On Speed.

First developed as an allergy medication in 1929 to help clear the sinuses, amphetamine soon became a popular drug for adding a little “pep” to your step.

It was widely available to the public as Benzedrine, and it was even given to members of the armed forces during World War II. After the war, Benzedrine, and later Dexedrine, were reported to help with a wide array of problems including weight gain, depression, and painful menstruation.

Amphetamine was widely marketed and available and at one point production reached eight billion ten milligram doses in the 1960s.

Once people started complaining about misuse and abuse, amphetamines became more heavily regulated, and production drastically decreased. However, today’s Adderall epidemic proves that little has changed except the drug names and marketing.

More kids are diagnosed with ADHD in the United States than anywhere else in the world, and the majority of those diagnosed are prescribed drugs.

Adderall is easy to get, and Klayman follows several college students discussing drug transactions via public forums on Facebook and texting. This has become so common that it’s not even considered drug dealing by the students asking their friends for “Addy.”

In academia, sports, and even the finance world, ADHD medication is not considered a drug along the same lines as heroin or meth because it’s so commonly used and because it’s so effective.

Throughout the documentary, we hear testimonials to people praising ADHD medication with both reverence and amazement. It’s “jet fuel” for a software developer, it’s the difference between an A and a B for one student, and it was a lifeline for an NFL athlete diagnosed with a herniated disk.

But through all these interviews, statistics and rolling montages of cascading pills and cartoon animations, it’s difficult to centralize a thesis.

Even Klayman’s “At What Cost?” tagline is too broad in of itself to hone in on any specific impact of the Adderall epidemic.

You could argue that society’s ever decreasing attention spans have primed the pump for ADHD medication being used as a performance enhancement.

However, a case could also be made that the problem stems from big pharma capitalizing on doctors diagnosing ADHD, or that our capitalistic society that values people only through their contributions to the larger economy puts too much pressure on people to succeed.

Some major strengths of Take Your Pills include the concise way that Klayman discusses the history of Adderall and highlighting that today’s Adderall epidemic is nothing that hasn’t happened before.

Klayman’s broad sweeping approach emphasizes that this is not a problem with any one solution. Like the opioid epidemic, it’s going to take a concerted effort to prevent misuse, overprescription, and addiction.

The health community needs to find better methods to diagnose and treat ADHD rather than using Adderall as a catch-all drug. Meanwhile, Adarrell misuse needs to be treated in its greater societal context as far as how our always-on lifestyles are simply making performance enhancers not just necessary but inevitable.

Today it’s Adderall, what will tomorrow’s “smart drug” be?