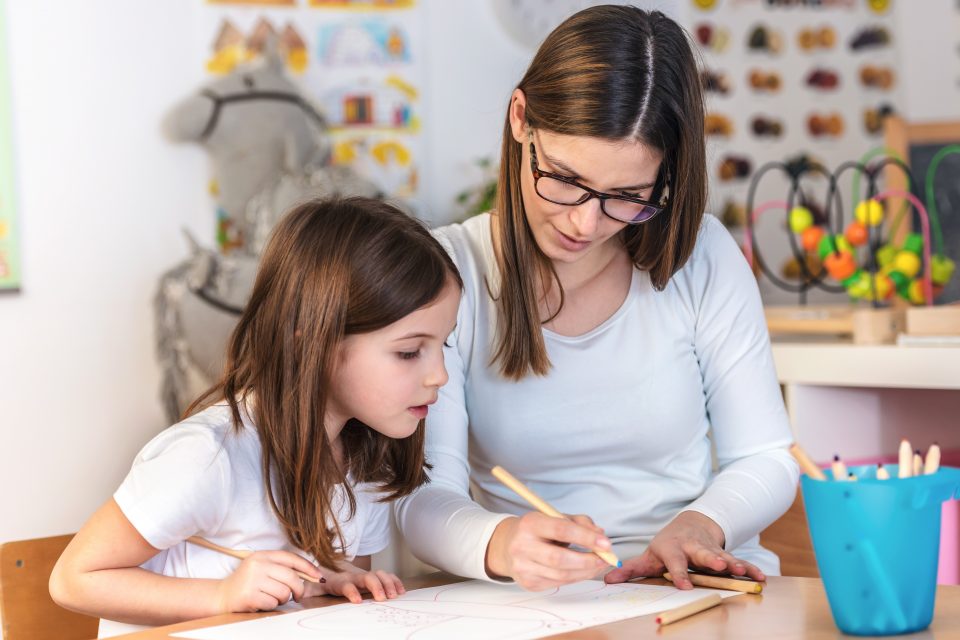 A new study from the University of Exeter describes how the human ability to teach evolved along with complex tools. The researchers explain that as tools shifted from simple to complex, teaching became more necessary and advantageous.

When recovering the remains of ancient societies, artifacts like stone tools provide scientists with a glimpse into how early humans lived and their level of sophistication.

The social-learning process through which technology has improved over time, known as “cumulative cultural evolution,” plays a critical role in the advancement of the human species. Despite its significance, however, little is known about the origins of such social learning.

The Exeter team set out to investigate how teaching may influence the development of simple and more complex tools. The experts found that when it comes to tackling complicated problems, teaching really stands out.

The research suggests that, as early humans developed more complex tools, natural selection began to favor those who could teach.

“Traditional theories assumed that cumulative cultural evolution requires specialized processes, like teaching, to transmit information accurately, but this cannot explain why these processes evolved in the first place.”

“Our aim in this study was to test the hypothesis that these processes gradually ‘co-evolved’ with an increasing reliance on complex tools.”

The experiment involved more than 600 people, who formed “chains” to develop a simple boat made of waterproof paper or a more complex basket made of pipe cleaners. The tools were used to carry marbles, and their effectiveness at doing so was used to measure success.

The development chain consisted of ten “generations,” or ten versions of the tool. Each participant either saw the tool made by the previous person in the chain or spoke to the previous participant – which allowed teaching to take place.

“Simple and complex tools generally improved down the ‘generations’, and for simple tools this improvement was about the same in all three study conditions,” said study co-author Dr. Amanda Lucas.

“With complex tools, teaching consistently led to more improvement compared to other conditions. Teaching seemed to be particularly useful in allowing new, high-performing designs to be transmitted.”

“This meant that our study represented a diversity of ages, backgrounds and skills, which is important as many of these types of experiments, that intend to investigate something essential about being human, recruit a narrower sample of university students only,” said Dr. Lucas.

The study revealed that simple tools tended to converge toward a common design, while complex tools were more divergent and unique, which reflects the diversity of technologies across human societies.

“The effects we found were gradual – but the idea here was to look at the origins of cumulative cultural evolution, and over many generations these gradual improvements would add up,” said Dr. Thornton. “Our findings point to an evolutionary feedback loop between tool-making and teaching.”

“This suggests that our ancestors could have started to make modest cumulative improvements to simple tools without the need for teaching, but as tools became more complex, teaching started to become advantageous.”

“The evolution of improved teaching skills would in turn allow the production of even more complex and effective tools.”