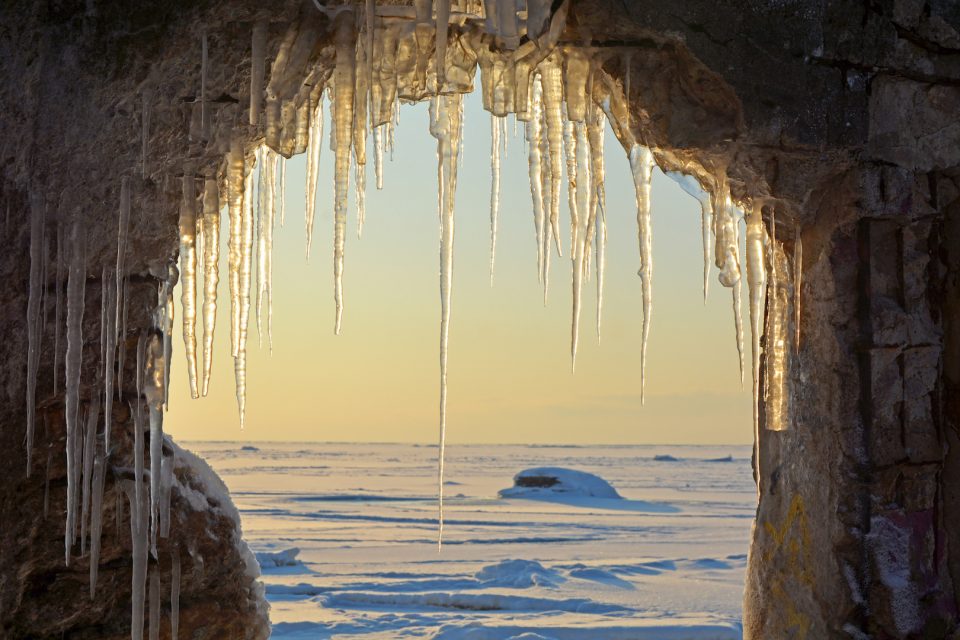 A new study reveals that a pileup of tectonic plates in the tropics caused Earth’s major three ice ages, all occurring within the last 540 million years. Scientists from the Massachusetts Institute of Technology, the University of California, Santa Barbara, and the University of California, Berkeley, have found that these pileups during which oceanic plates rode up over continental plates, called “arc-continent collisions,” exposed tens of thousands of kilometers of oceanic rock to the tropical environment.

The team, whose research is published in Science, believes that a chemical reaction took place between the rocks’ magnesium and calcium and the atmosphere’s carbon dioxide, which pulled gas from the atmosphere and transformed it into carbonates like limestone. They think that enough carbon dioxide was pulled out of the atmosphere to cool the entire globe, thus creating an ice age.

“We think that arc-continent collisions at low latitudes are the trigger for global cooling,” said Oliver Jagoutz, an associate professor at the MIT Department of Earth, Atmospheric, and Planetary Sciences. “This could occur over 1-5 million square kilometers, which sounds like a lot. But in reality, it’s a very thin strip of Earth, sitting in the right location, that can change the global climate.”

Jagoutz and his colleagues retraced the “sutures,” or the fault lines of where oceanic and continental plates collide, of the Himalayas, and found that both sutures come from the same tectonic migration that occurred near the equator. Due to their location and magnitude, both sutures could have sequestered enough carbon dioxide to cause two ice ages.

However, this entire process was also responsible for ending the ice ages as well. The oceanic rock that reacted with the atmosphere eroded away and was replaced with new rock that did not absorb as much carbon dioxide.

“We showed that this process can start and end glaciation,” Jagoutz said. “Then we wondered, how often does that work? If our hypothesis is correct, we should find that for every time there’s a cooling event, there are a lot of sutures in the tropics.”

Upon researching the association between other ice ages and arc-continent collisions, the scientists found three periods within the past 540 million years in which major sutures were formed in the tropics, and each coincided with major ice ages.

“We found that every time there was a peak in the suture zone in the tropics, there was a glaciation event,” Jagoutz continued. “So every time you get, say, 10,000 kilometers of sutures in the tropics, you get an ice age.” And Jagoutz also noted that there is a major suture still active today in Indonesia, and is most likely responsible for Earth’s current glacial period and the existence of ice sheets at the poles.

Humans could harness and scatter the materials responsible for the cooling process in an effort to speed up the cooling to combat global warming, however, Jagoutz said this could produce unintended carbon emissions.

“It’s a challenge to make this process work on human timescales,” Jagoutz says. “The Earth does this in a slow, geological process that has nothing to do with what we do to the Earth today. And it will neither harm us, nor save us.”