‘Terra’ is a visual feast urging humanity to connect with nature • Earth.com 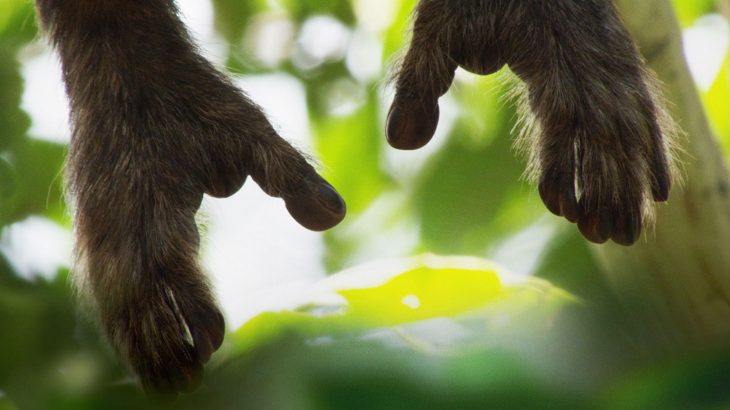 ‘Terra’ is a visual feast urging humanity to connect with nature

Terra is a French documentary directed by Yann Arthus-Bertrand and Michael Pitiot that aims to connect humans to the natural side of Earth and examine our role in its destruction.

From close-ups of industrial harvesters raking up row after row of cotton and grains, to slow pans of a landscape engulfed in smoke emitted from the smokestacks of a nickel mine in Norilsk, Russia’s most polluted city, Arthus-Bertrand does not shy away from showing how humanity is changing the world.

Terra is less of a nature documentary that entices the viewer with stunning nature shots and little-known facts about the creatures that inhabit the Earth. Instead, the film carefully examines how humans have tipped the scales toward the mass extinction of countless species, removing themselves further and further from the animal kingdom.

The opening scenes execute this theme perfectly. The narrator, French actor Vanessa Paradis, takes us through the very early stages of life on Earth, starting with microbes and fungus, which helped give rise to plant life.

Soon tiny plants became vast forests with an abundance of animals until humans came along and destroyed the trees, forcing many species to adapt to different landscapes.

That’s where we, the viewers of the modern age, come in. In one scene, we see a bustling city metro with flashing billboards. One by one, each billboard changes to reveal a nature scene until all the skyscrapers are projecting nature footage much to the delight and bewilderment of the passersby below.

This is the juxtaposition that fuels the entire film: humans and their relationship to and removal from nature. Like the dichotomy that is human vs. nature itself, Arthus-Bertrand seems to fight with his own vision throughout the documentary.

Is Terra a lesson, a warning, a call to action, a rolling montage of stunning nature imagery? At times the murky contrasts of the film slow the pace and leave little for the viewer to piece together themselves. But the odd pacing is never enough to detract from the beauty and heartbreaking reality that is the state of the natural world today.

It’s important to note that because the film is narrated entirely in French, there may be some details left out of the translation. One major way that Terra stands out is the way the narrator consistently uses “I” in place of “we.”

Because we’re accustomed to hearing ‘we’ in many documentaries like Terra, where the stakes are the future wellbeing of our planet and its many species, hearing ‘I’ in place of ‘we’ represents a jarring tonal shift.

Take, for example, the phrase, “We have to conserve and protect our world’s natural resources.”

It’s a phrase that you’ve likely heard before, and one all too easily glossed over. But what if you replace ‘we’ with ‘I’? The phrase then becomes, “I must protect the world’s resources.”

For Arthus-Bertrand, I has a stronger meaning. It’s a bold pronoun that sticks out like a sore thumb, instilling a sense of urgency and responsibility into the audience. Here are just a few phrases where ‘I’ works as a powerhouse in the film.

“I save with one hand, with the other I slaughter,” the narrator says while the camera zooms in on a recently deceased elephant, likely killed for its tusks.

“In Denver (Colorado), a federal warehouse keeps the animals captured on US territory. Thousands of ornaments, clothes, accessories, and drugs snatched from a living world. A sad inventory, bearing witness to possession, cruelty, and domination…..its walls tell the story of my madness,” the narrator says while we the audience see rows and rows of stuffed trophies, trinkets, and clothes made from bears, snakes, and crocodiles.

Some of the hardest to stomach scenes in the film follow the meat industry. We see helicopters herding thousands of cattle in Australia and watch silently as a slaughterhouse conveyor belt makes efficient work of row after row of dead pigs.

People are eating more meat than ever before worldwide, although research has shown that red meat consumption is slowly decreasing in the United States.

These mega cattle ranches and slaughterhouses produce a living and provide meat for us to eat, but the appalling conditions suffered by the animals and the exhaustive amount of resources it takes to produce just one pound of beef are too easily overlooked.

“But basically they are force-fed to produce more meat, more quickly, more cheaply, for profit,” the narrator says while the camera flies over thousands of cattle. “So I shut my eyes to it.”

There is always a risk when documentaries try to make bold, sweeping thesis statements about conservation.

It can veer toward pandering or preaching, but Terra serves as a meditation on the human experience, the diversity of life, and a plea for people to get more in touch with the natural world.

The world’s many species have become refugees in their own ecosystems. Time may be running out, and it may be too late to turn back the tide of mass extinction, but I can work to protect and conserve the resources left, ensuring that the planet’s rich diversity survives for future generations to enjoy.