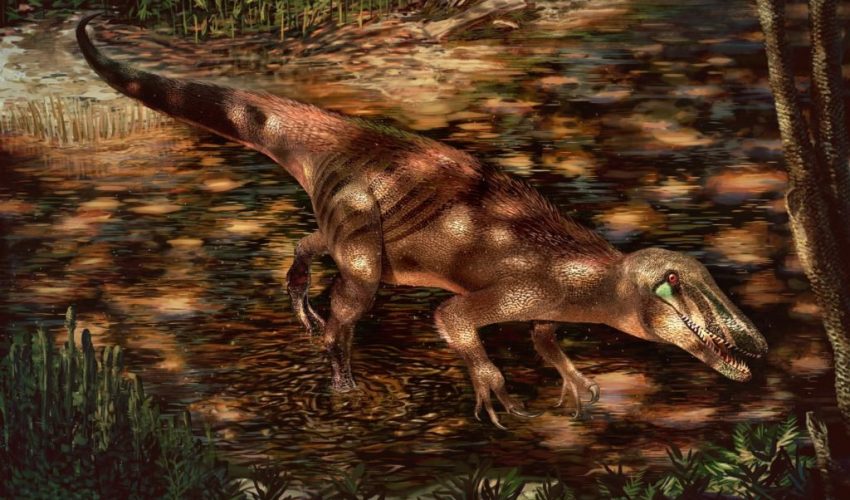 Scientists are describing a massive carnivorous dinosaur that topped the food chain during the Cretaceous Period.

Tratayenia rosalesi was a two-legged beast that sprawled at least 30 feet in length and belonged to a group called megaraptorids, which lived in Patagonia around 105 to 85 million years ago.

Study co-author Matt Lamanna is a paleontologist at the Carnegie Museum of Natural History in Pittsburgh.

“Megaraptorids had long, low skulls that were crammed with lots of small but sharp and serrated teeth, bones that were riddled with air cavities, and powerful forelimbs that were tipped with absolutely ginormous, wickedly hooked claws on the innermost two fingers.”

The dinosaurs used their enormous claws to snatch up their prey.

“Megaraptorid claws are the stuff of nightmares – razor-sharp meat hooks more than a foot long. Wolverine from the X-Men has nothing on these guys,” said Lamanna.

The fossils of Tratayenia were unearthed in Argentina’s Neuquén province by fossil hunter Diego Rosales. Even though the fossil set is incomplete, the researchers are using the remains of different species to assemble a full megaraptorid skeleton.

The discovery of Tratayenia may help scientists understand more about how megaraptorids looked and also how they behaved.

“Patagonian discoveries such as Tratayenia are expanding our knowledge of the spectacular but still mysterious dinosaurs of the Southern Hemisphere,” said study co-author Rubén Juárez Valieri.

The Megaraptor, which had intense 16-inch claws, is probably the most well-known of the megaraptorid family and lived in Patagonia shortly before Tratayenia.

“Megaraptorids certainly would have been terrifying to encounter in life: big, heavily armed and powerful, but also probably lighter on their feet than really giant meat-eaters such as Giganotosaurus or T. rex,” said Lamanna.