The diabolical ironclad beetle can survive being run over by a car • Earth.com 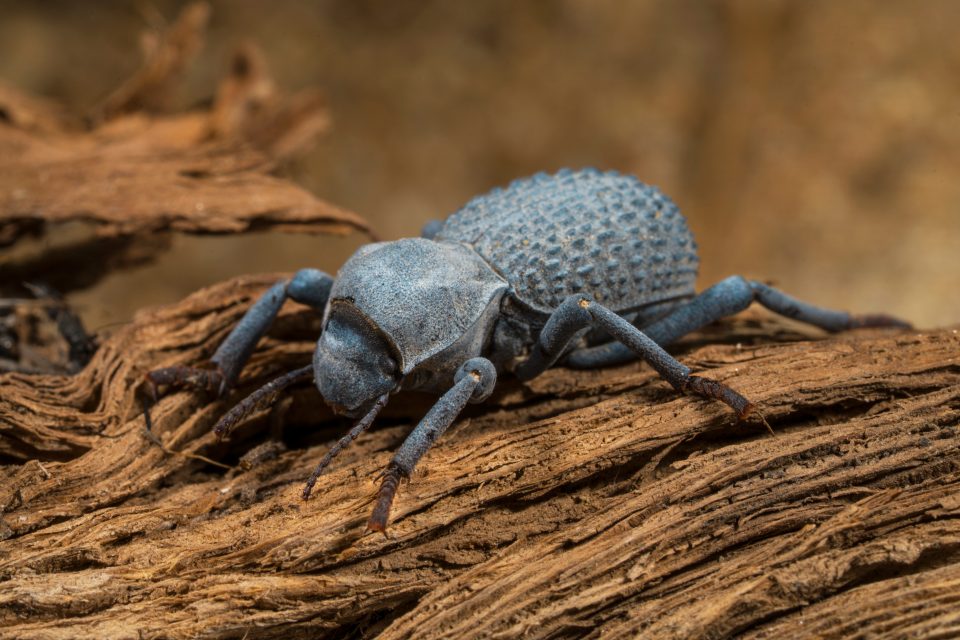 Ironclad beetles can survive getting run over by a car, and engineers at Purdue University have solved the mystery of how this is even possible. The study may ultimately inspire the development of materials with unprecedented strength.

According to the researchers, the new materials would be stiff but ductile like a paper clip, which would improve the safety and durability of aircraft gas turbines and other machinery.

The experts found that the secret of the diabolical ironclad beetle’s strength is in its two hardened sheaths, or elytra, that meet at a line that runs along the length of the abdomen called a suture.

The elytra serve as hard cases that protect the wings of flying beetles. In the diabolical ironclad beetle, which does not have wings, the elytra and connective suture help to distribute an applied force more evenly throughout its body.

“The suture kind of acts like a jigsaw puzzle. It connects various exoskeletal blades – puzzle pieces – in the abdomen under the elytra,” explained Professor Pablo Zavattieri. He said the jigsaw puzzle comes to the rescue in several different ways depending on the amount of force applied.

To investigate, the researchers used CT scans to characterize the various structural components and analyze the limits of the beetle’s exoskeleton. Experiments with compressive steel plates revealed that the diabolical ironclad beetle can endure an applied force that is at least 39,000 times its body weight before the exoskeleton begins to fracture.

This amount of force is equal to about 150 newtons, which is remarkable considering that a car would apply an estimated force of 100 newtons if its tire ran over a diabolical ironclad beetle on a dirt surface.

The experts determined that the beetle has two lines of defense to protect it from an enormous compressive load. The interconnecting blades lock in place so that they are not pulled out of the suture. Then,  the suture and blades divide, or delaminate, to avoid catastrophic failure of the exoskeleton. But steps help to dissolve energy that would otherwise cause a fatal impact at the beetle’s neck.

When the maximum force was applied to the beetle’s exoskeleton, the researchers found that delamination allows the interconnecting blades to pull out from the suture more gently so that energy is dissipated and not released.

The team has not yet determined whether the diabolical ironclad beetle has a way to heal itself after surviving the compression load of a car, but the new findings are already enough to improve various kinds of machinery.

“This work shows that we may be able to shift from using strong, brittle materials to ones that can be both strong and tough by dissipating energy as they break. That’s what nature has enabled the diabolical ironclad beetle to do,” said Professor Zavattieri.