Greenland's ice is melting at the fastest pace in 12,000 years • Earth.com 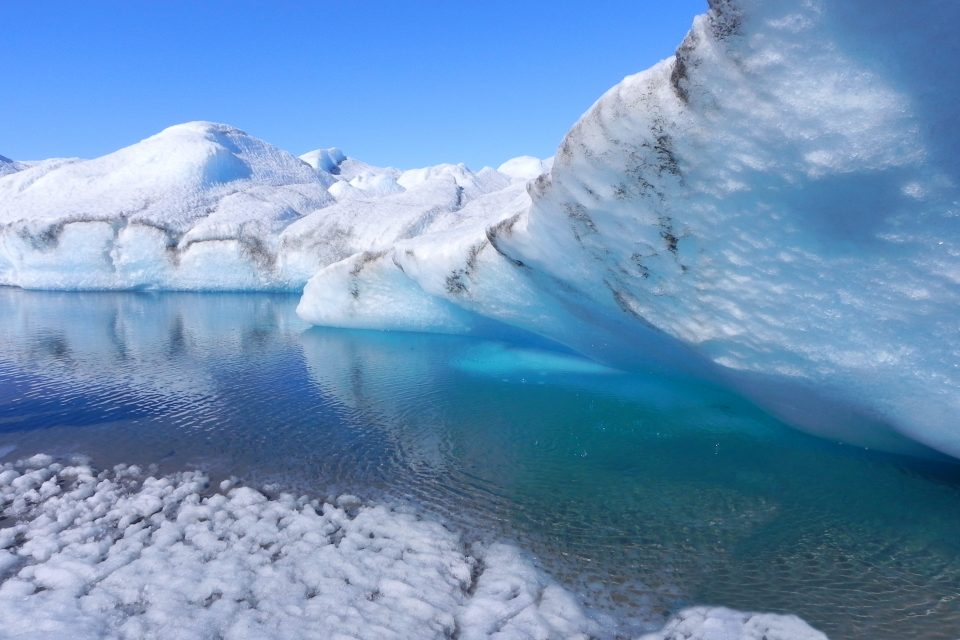 Greenland's ice is melting at the fastest pace in 12,000 years

At the current rate of greenhouse gas emissions, the amount of ice loss from Greenland this century will be higher than any other century in more than 12,000 years. The study authors used ice sheet modeling to gain a better understanding of the past, present, and future evolution of the Greenland Ice Sheet.

According to the researchers, the findings place the ice sheet’s modern decline in historical context, highlighting just how extreme and unusual projected losses for the 21st century could be.

Study lead author Dr. Jason Briner is a professor of Geology in the University at Buffalo College of Arts and Sciences.

“Basically, we’ve altered our planet so much that the rates of ice sheet melt this century are on pace to be greater than anything we’ve seen under natural variability of the ice sheet over the past 12,000 years. We’ll blow that out of the water if we don’t make severe reductions to greenhouse gas emissions,” said Dr. Briner.

“If the world goes on a massive energy diet, in line with a scenario that the Intergovernmental Panel on Climate Change calls RCP2.6, our model predicts that the Greenland Ice Sheet’s rate of mass loss this century will be only slightly higher than anything experienced in the past 12,000 years.”

“But, more worrisome, is that under a high-emissions RCP8.5 scenario – the one the Greenland Ice Sheet is now following – the rate of mass loss could be about four times the highest values experienced under natural climate variability over the past 12,000 years.”

The analysis incorporated new, detailed reconstructions of ancient climate into the model, which was compared to real-world measurements of the ice sheet’s size for validation.

“We relied on the same ice sheet model to simulate the past, the present and the future,” said study co-author Dr. Jessica Badgeley. “Thus, our comparisons of the ice sheet mass change through these time periods are internally consistent, which makes for a robust comparison between past and projected ice sheet changes.”

“This study shows that future ice loss is likely to be larger than anything that the ice sheet experienced in the Holocene – unless we follow a low-carbon emission scenario in the future.”

The experts emphasize that this research reiterates the need for countries around the world to take urgent action to reduce harmful emissions, slow the decline of ice sheets, and mitigate sea level rise.

“It is no secret that the Greenland Ice Sheet is in rough shape and is losing ice at an increasing rate,” said study co-author Nicolás Young. “But if someone wants to poke holes in this, they could simply ask, ‘how do you know this isn’t just part of the ice sheet’s natural variability?'”

Despite the bleak findings, one vital takeaway is that it is still possible for people and countries around the world to make an important difference by cutting emissions, said Dr. Briner. Model simulations of lower greenhouse gas emissions produced very different results.

“Our findings are yet another wake-up call, especially for countries like the U.S.,” said Dr. Briner. “Americans use more energy per person than any other nation in the world. Our nation has produced more of the CO2 that resides in the atmosphere today than any other country.”

“Americans need to go on an energy diet. The most affluent Americans, who have the highest energy footprint, can afford to make lifestyle changes, fly less, install solar panels and drive an energy-efficient vehicle.”

The research was largely funded by the National Science Foundation.