The local environment plays a role in how species acclimate • Earth.com 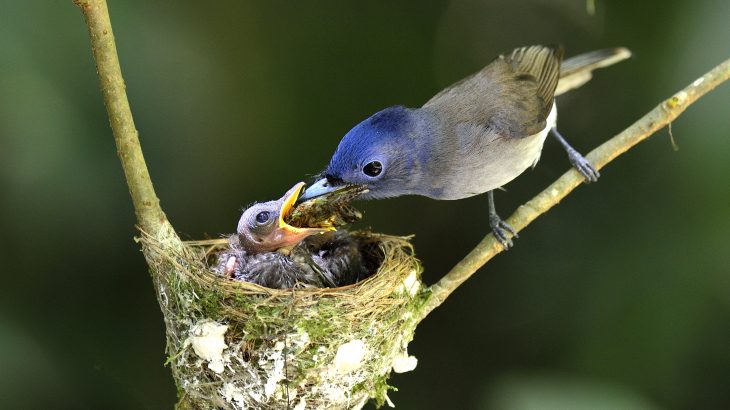 The local environment plays a role in how species acclimate

Plants and animals depend on cues from the environment to time critically important activities such as breeding and migration. For example, birds need to hatch their chicks at the same time that food sources are most abundant. In a new study, experts have found that the speed at which a species adapts to climate change is a reflection of past evolution, and that groups will acclimate at a different pace according to their local environment.

Study co-lead author Professor Tomas Roslin is in charge of research teams at both the University of Helsinki and at the Swedish University of Agricultural Sciences.

“One such cue relates to temperatures: in warm years, all types of events tend to occur early, and in cold years, they tend to occur late. How much events shift with shifts in temperature is described by something that we call a ‘reaction norm,'” explained Professor Roslin.

Any given shift in the local environment can be used as a cue, and individuals in one geographic location may shift the timing of their activity more than those in another. To investigate what may happen as a result of varying local adaptations, the researchers compiled observations of seasonal events from several hundred sites throughout the former Soviet Union that spanned many decades. The massive dataset presents experts with an unprecedented opportunity to explore climate change responses across a huge area.

“We looked at events ranging from the first song of the great tit through the appearance of the common toad and the appearance of the first porcini mushroom to the end of birch leaf fall,” said study co-lead author Maria Delgado from the Oviedo University in Spain. “What we saw was a general rigidity in species’ response to year-to-year variation in climate, i.e. the earlier the year, the more did the timing of the phenological event lag behind the timing of the cue from temperatures.”

“On top of this, we saw large differences between seasons and sites. Differences in the reaction norms of different sites accentuated phenological responses in the spring and dampened them in the autumn. As a result, local population variation in the timing of events is greater in the spring and less in the autumn than if all populations followed the same reaction norm. Overall, such patterns will affect species’ response to climate change in opposite ways in spring and autumn.”

The data that was compiled for the analysis was recorded in more than 150 protected areas across the former Soviet Union. The significance of these records for studying dynamic local environments has been largely overlooked, as they were hidden away and archived in annual reports.

“But over the past decade, we have now been trying to mobilize these data. To this end, we have been working with an amazing group of more than 300 colleagues in over 80 organizations from Russia, Ukraine, Belarus, Kyrgyzstan, and Uzbekistan,” explained Evgeniy Meyke, who helped compile the dataset with Professor Otso Ovaskainen.

“This has been a thrilling journey – and it is only a beginning. We are excited by the enthusiasm of the environmental science professionals who initiated this collaboration. They gave the world an opportunity to connect with the results of their life long work, which had remained mostly unknown to the international scientific community,” said Professor Ovaskainen.

“Sadly, in most of the participating countries, protected areas and their staff are currently facing tough challenges. We hope that our findings will summon the interest of the international community, and focus attention on the global importance of these areas and the irreplaceable scientific work done by their staff. Should these time series break, there is no way to re-forge them.”