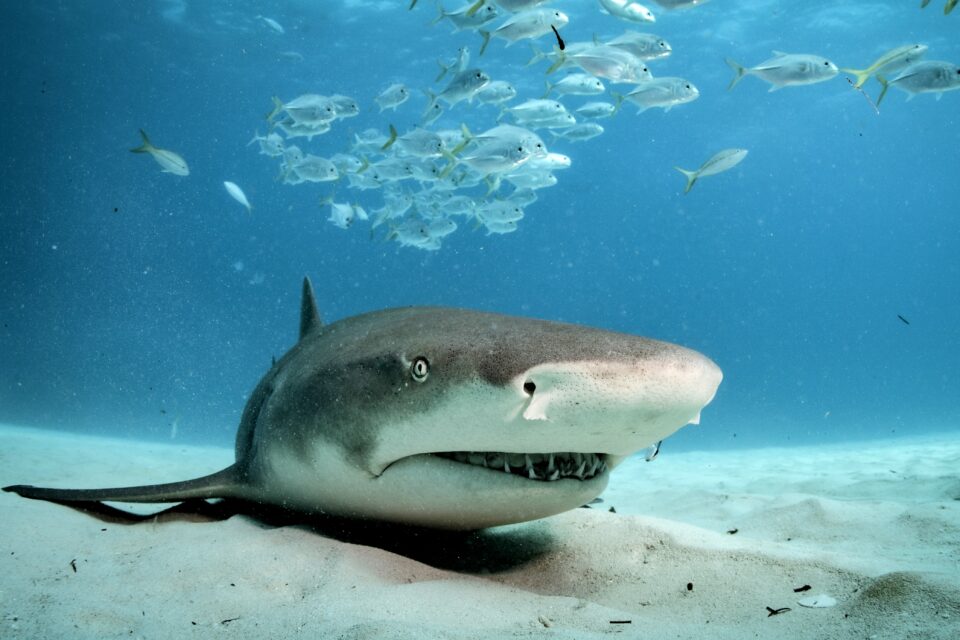 A new study led by the University of Miami Rosenstiel School of Marine and Atmospheric Science has found that the locations and timing of tiger shark movements in the western part of the North Atlantic Ocean have shifted due to rising ocean temperatures caused by climate change. By pushing tiger sharks outside of protected areas, these climate-induced factors make the animals more vulnerable to commercial fishing.

The tiger shark (Galeocerdo cuvier) is the largest cold-blooded predator in tropical and warm-temperate seas and oceans. While waters off the United States’ northeast coast have historically been too cold for these fierce predators, recent increases in ocean temperatures have made them suitable.

“Tiger shark annual migrations have expanded poleward, paralleling rising water temperatures,” explained study lead author Neil Hammerschlag, the director of the University of Miami’s Shark Research and Conservation Program. “These results have consequences for tiger shark conservation, since shifts in their movements outside of marine protected areas may leave them more vulnerable to commercial fishing.”

They found that during the last decade (when ocean temperatures were the warmest on record), for every one-degree Celsius increase in water temperatures, tiger sharks migrated further poleward by over 400 kilometers. Moreover, they also migrated two weeks earlier than usual to waters off the northeastern coast of the United States.

According to the scientists, these results have greater ecosystem implications. “Given their role as apex predators, these changes to tiger shark movements may alter predator-prey interactions, leading to ecological imbalances, and more frequent encounters with humans,” concluded Professor Hammerschlag.