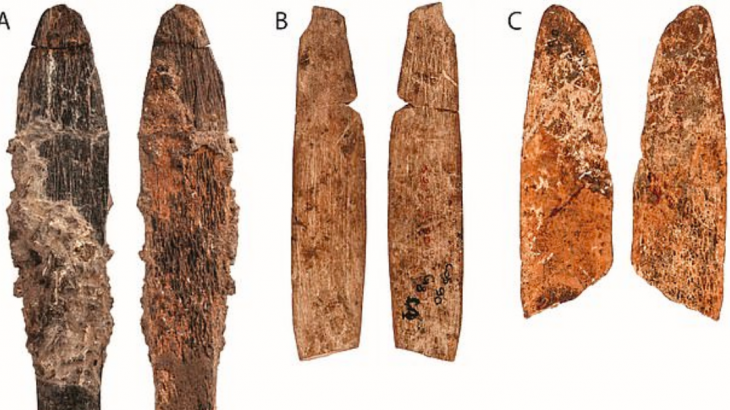 Stone age people fashioned tools out of animal bones 100,000 ago

Researchers have discovered a 90,000-year-old knife in a Moroccan cave that was made from an animal rib. The bone dates back farther than any other known tool from the Aterian people who lived during the Middle Stone Age.

Aterian tools are distinctive from other tools of a similar age found in South Africa, suggesting that technology was advancing in North Africa at the time.

The tool was found in 2012 in Dar es-Soltan 1 cave near Morocco’s Atlantic coast. An analysis by a team of scientists from the Natural History Museum has revealed that the bone was likely part of the rib of a large mammal. The bone appeared to have been modified using a knife that was just under five inches long. 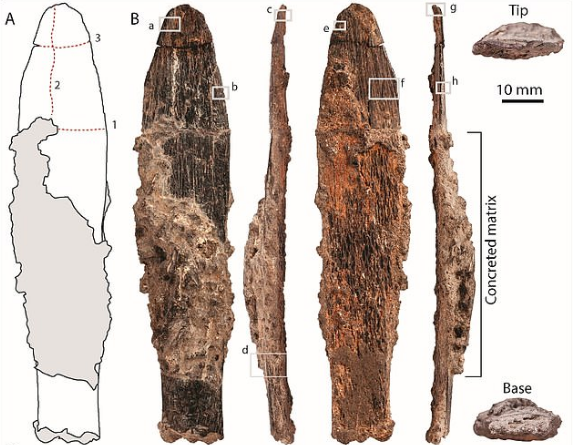 Study lead author Dr. Silvia Bello told MailOnline: “This find is significant because it shows how sophisticated bone tool technology was already around about 100, 000 years ago.”

“Modern humans seemed to have been capable of crafting sophisticated bone tools very early on. It also show the existence of a new type of bone tool, with no other example in the rest of Africa.”

There is evidence to suggest that the bone knife was used to cut soft material, although exactly what type of material is not clear. Experts believe that the Aterian stone tool industry disappeared around 20,000 years ago.

“Aterians were capable of a complex and controlled sequence of actions involved in the manufacture of specialized bone knives,” said Dr. Bello.

The specialized tools indicate that the Aterian people had complex perceptual skills. This tool will provide researchers with new insight into the evolution of human cognitive skills.