Number of tornado fatalities continues to decline in the U.S. • Earth.com 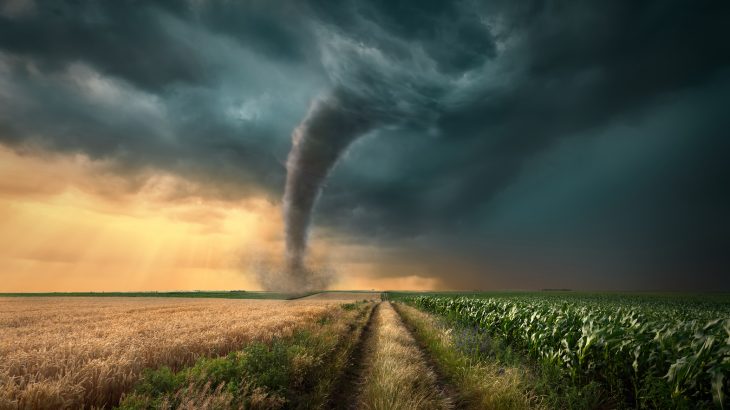 Number of tornado fatalities continues to decline in the U.S.

Americans started to migrate west in 1803 after the Louisiana Purchase. From this time until the beginning of the 20th century, tornado-related fatalities increased faster than the rate of population growth, according to a new study from Purdue University.

Professor Ernest Agee explained that an improved understanding of tornadoes, along with technology to issue warnings, led to a decline in the number of fatalities by around 1916. Today, tornadoes claim fewer than 100 lives each year in the United States, but this number still needs to be reduced.

“We need to keep funding resources to improve observations and detection. The dual-polarization Doppler radar and high-resolution images of the newest GOES satellite have significantly enhanced our ability to detect and predict tornadoes,” said Professor Agee. “However, even with the current technology and numerical simulation capability, precise location and tornado intensity need further refinement. A holistic approach to fatality prevention also relies on tornado-proof structures and preparedness plans from schools and businesses to homes and mobile park communities.”

Little is known about the number and intensity of past tornadoes, so Professor Agee considered U.S. census data to create a historical record of tornado fatalities from 1808 to 2017. These years were split into two different time periods. Era A, from 1808 to 1915, was characterized by little to no understanding of tornadoes. Era B, from 1916 to 2017, was a time when the understanding of extreme weather was improving, as well as the technology to issue warnings. Era B also had better public safety measures and the establishment of building codes.

The modern tornado record began in 1950, and radar and satellites were introduced a few years later. The Weather Channel was established in 1982, which paved the way for real-time communication of severe weather information.

During Era B, the deadliest states were found to be Arkansas, Mississippi, Alabama, and Oklahoma. These states are located just south of the “centroid of tornado activity,” which has drifted southeast over time.

In 2018, tornadoes were responsible for only 10 fatalities in the United States, but the average number is still closer to 70. Professor Agee said that mobile homes and large sports venues are especially vulnerable in the event of a tornado.

“Cities that have mobile home parks need to have storm shelters, and schools in tornado-prone regions should consider storm-safe pods. In terms of warning people of incoming storms, social media has huge potential to save lives as well.”

The study is published in the journal Weather, Climate, and Society.