When it comes to tracking exercise, a little competition can go a long way • Earth.com 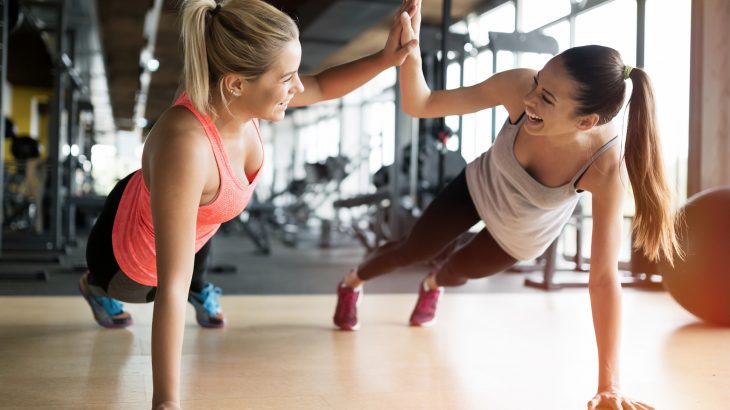 When it comes to tracking exercise, a little competition can go a long way

Researchers at the University of Pennsylvania School of Medicine have found that wearable devices may not be enough to motivate people to exercise. In collaboration with a team at Deloitte Consulting LLP, the experts discovered that competition may be key in driving higher levels of physical activity.

“Gamification and wearable devices are used commonly in workplace wellness programs and by digital health applications, but there is an opportunity to improve their impact on health behaviors by better incorporating behavioral insights and social incentives,” said Dr. Mitesh Patel.

“We found that a behaviorally designed gamification program led to significant increases in physical activity compared to a control group that used wearable devices alone. During the nine-month trial, the average person in the competition arm walked about 100 miles more than the average person in control.”

The research was focused on roughly 600 Deloitte employees from 40 states as they participated in a physical activity program. The individuals, who were all classified as obese or overweight, pursued daily step goals that were tracked by wearable devices. The participants were divided into four groups, including three groups that engaged in games and one control group that used only the activity tracker.

The individuals who were assigned to gaming groups could achieve points and higher levels. The participants also signed a commitment contract, pledging to strive for their daily goals. The games were comprised of five levels, and each participant started in the middle to allow for progression or regression based on goal achievement.

The gamer groups had different social dynamics: one was a support group that designated “sponsors” to provide weekly encouragement or motivation, the second was a collaboration group with members selected to earn points for the whole team, and the third was a competition group that  received weekly updates on their individual rankings compared to each other.

Over the course of six months, the competition group increased their physical activity by 920 steps per day more than the control group. The support and collaboration groups also had significant increases of 689 and 637 more steps per day, respectively.

However, the competitive players were the only participants who seemed to experience lasting motivation. In the three months after the games ended, the competition group continued to walk an average of 569 more daily steps than the control group, while the other former gamers no longer showed significant gains in their activity levels.

“Many wellness solutions and patient engagement applications are implemented without proper testing of whether or not they actually work,” said Greg Szwartz with Deloitte Consulting LLP. “We partnered with the Penn Medicine Nudge Unit to conduct a rigorous clinical trial that would provide evidence on the most effective approach overall and how to tailor future interventions for each individual.”

“Most interventions are designed as one-size-fits-all, in which a single intervention is deployed to a large population,” said Dr. Patel. “Even if the program works on average, many participants may not benefit. Our next step will be to use data from this trial to develop behavioral profiles that could be used in the future to match the right intervention to the right person.”