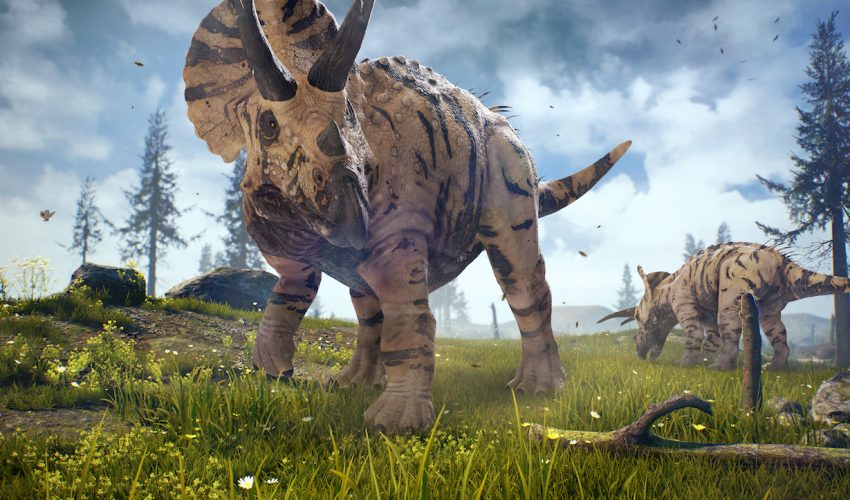 Ceratopsian dinosaurs like the triceratops can be distinguished by their overstated horns and frills, and there have been many theories as to why these trademarks evolved. A new study led by Andrew Knapp of Queen Mary University of London has revealed that the exaggerated features most likely advanced for sexual signaling.

Ceratopsian dinosaurs were widespread across what is now North America, Europe, and Asia during the Cretaceous Period. There were over 70 species of ceratopsians, all of which had large skulls and distinctive morphological features that the researchers refer to as “ornaments.”

“A number of hypotheses have been suggested for the presence and evolution of such ornaments, including predator defense, mechanical support, thermoregulation, social or sexual signaling, and species recognition,” wrote the study authors.

“The first three of these proposed explanations have been considered and ruled out in many analyses of specific systems, leaving species recognition and sexual selection as the two main competing hypotheses that could offer a more general explanation for the evolution of ornaments.”

“If species recognition is a driver of trait evolution, then morphological disparity in ornamentation should be significantly higher between sympatric species because species that are not sympatric have minimal selective pressure to evolve obvious visual differences,” explained the researchers.

The team compared traits across ceratopsians based on 350 defined characteristics. While the ornaments were likely used to distinguish between species, the researchers found no evidence that species recognition was the driving force behind their emergence.

“We find no support for the hypothesis that sympatry correlates with higher ornament divergence in ceratopsian dinosaurs, nor for the wider species recognition explanation for the evolution of horns, frills and other display traits in the Ceratopsia,” wrote the study authors.

The researchers concluded that the horns and frills of ceratopsians were likely developed to help them attract suitable mates.

The experts explained that sexually selected ornaments are expected to show rapid evolution and characteristic patterns of growth, which have both been demonstrated in ceratopsians. Further research is needed, however, to confirm that the horns and frills were adapted for mating purposes.

This study is published in Proceedings of the Royal Society B.