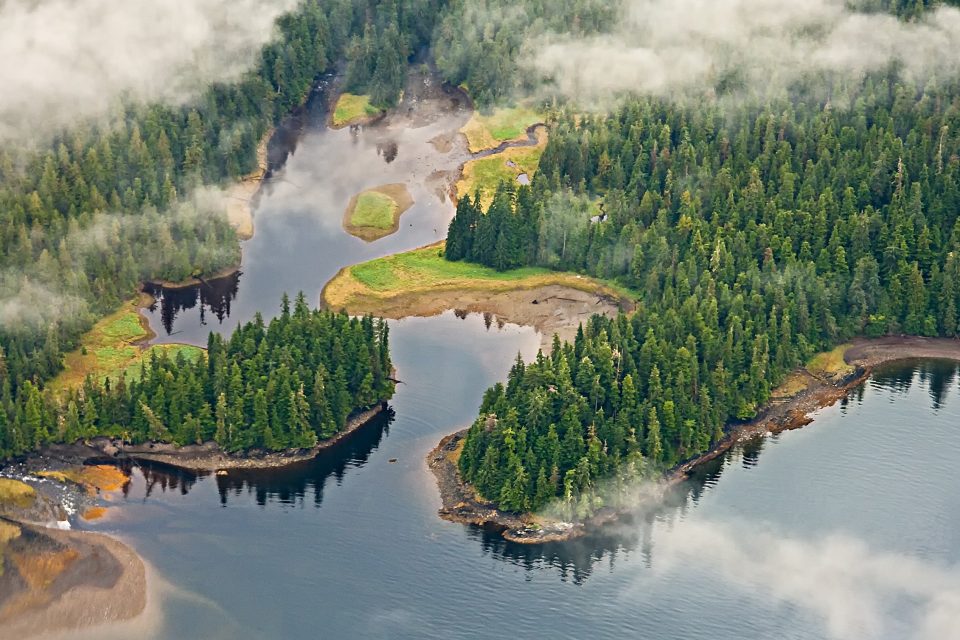 In a moving article published by The American Conservative today, Republican speech writer Landon Parvin shares his thoughts on the Trump administration’s proposal to lift critical protections in the Tongass National Forest.

“The Tongass has glaciers, fjords, islands and 11,000 miles of shoreline. It is a natural and national jewel,” writes Parvin.

“It is home to an abundance of indigenous wildlife, including bears, wolves, Sitka black-tailed deer, northern goshawks, marbled murrelets and the largest known concentration of bald eagles.”

“In the glistening waters surrounding the forests of the Tongass, humpback and orca whales, otters, sea lions, porpoises and all five species of Pacific salmon can be found.”

“Migratory birds in the hundreds of thousands – snow geese, sandhill cranes, sandpipers, plovers and other species – make their way to the Tongass…”

“The proposal to lift the protections of the Roadless Rule is an effort by the Trump Administration to open up logging for the timber industry. It would irreversibly devastate millions of acres of land and damage nearby water sources, destroying the interwoven habitats of animals, birds and fish.”

The Tongass National Forest is part of the largest intact temperate rainforest on the planet. The ancient trees help mitigate the harmful effects of climate change by storing massive amounts of carbon.

In 2001, the majority of the Tongass National Forest became off-limits to road construction, mining, and logging when the Clinton administration adopted the Roadless Rule. Designed to protect 58.5 million acres of forest in 39 states and territories, the legislation was considered a huge victory by millions of Americans.

“Alaskans and Americans overwhelmingly want to see roadless areas within the Tongass National Forest protected,” said Patrick Lavin, the Alaska policy advisor for Defenders of Wildlife. “Instead, the Trump administration has moved to open our remaining wild lands to logging to benefit private industry.”

“Clearcutting ancient forests is bad for fish and wildlife, bad for the region’s tourism and fishing industries, expensive for taxpayers, and makes no economic sense. This proposal would bring great destruction and no benefit.”

Last year, NPR interviewed Buck Lindekugel, an attorney with the Southeast Alaska Conservation Council. He said the government’s arguments to lift protections in the Tongass are not even relevant in this day and age.

“They’re making the same arguments today that they made 30 years ago. Oh, the industry – if we don’t do this, the industry’s not going to survive. The industry can’t survive as it is,” said Lindekugel.

Landon Parvin is a former speech writer for Presidents Ronald Reagan, George H.W. Bush, and George W. Bush. In his article, he explains that America needs economic growth, but America also needs sacred lands. The economic growth that would be associated with logging in the Tongass, he says, is simply not worth it.

“In a time of social distancing and sheltering in place, it is a great comfort to call upon the peace and sustenance the natural world can provide. It is an enduring good,” writes Parvin.

“American presidents of both parties – from Teddy Roosevelt to my old boss, Ronald Reagan, to Barack Obama – have embraced this enduring good and sought to protect our country’s natural heritage.”

“American transcendentalist Henry David Thoreau once stated that there ‘are moments when all anxiety and stated toil are becalmed in the infinite leisure and repose of nature.'”

“This is why, now, more than ever, we must protect the federal lands so designated by generations of American leaders. We must conserve this heritage, our birthright as Americans, so that these lands will remain untouched, a sanctuary in trying times.”

Parvin is one of many conservative leaders supporting Citizens for the Republic’s campaign to maintain the protections of the Roadless Rule.